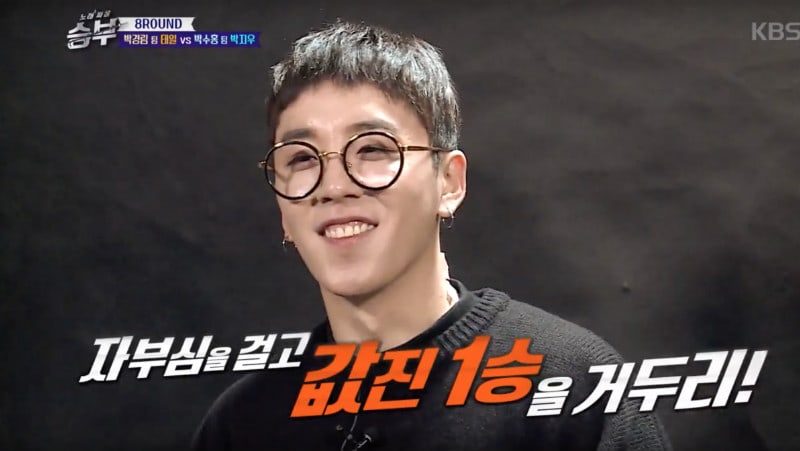 Watch: Block B’s Taeil Appears As A Hidden Card On “Singing Battle” And Woos The Audience

Taeil appeared as a hidden card for Park Kyung Lim‘s team, and battled it out with dance sport athlete, Park Ji Woo. Before the actual battle, Taeil showed his nervous side and said, “I don’t enjoy losing. I’m worried I will lose again.” Previously, he went head-to-head with VIXX’s Ken in a double hidden card match and lost.

In the actual singing battle, Taeil and Park Ji Woo sang “Missing You” by Fly To The Sky. Taeil sang Brian’s part while his opponent sang Hwanhee’s part. In the end, it turned out that Taeil had nothing to worried about. He achieved an all-kill score, sweeping up all the votes from the judges. His opponent even gave him a thumbs-up on his amazing performance.

Check out the battle clip below!

Block B
Singing Battle
Taeil (Block B)
How does this article make you feel?