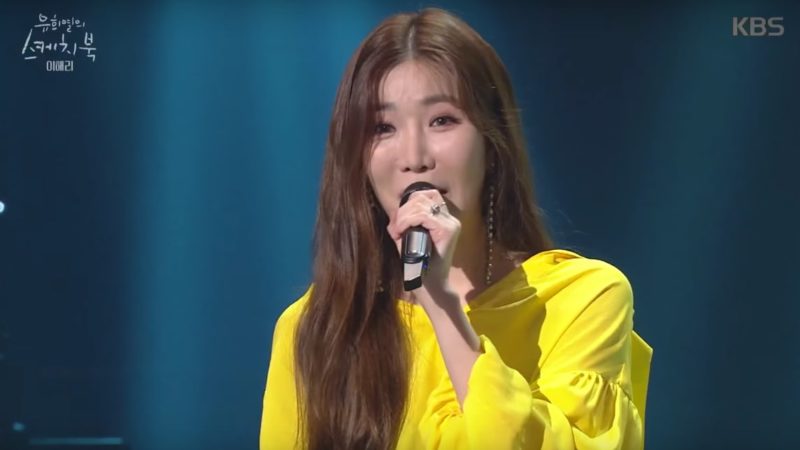 During the April 22 episode of “Yoo Hee Yeol’s Sketchbook,” Lee Hae Ri appeared as a guest and revealed, “Kang Min Kyung kept asking me why I wasn’t releasing a solo album. I don’t know if she’s trying to leave me, but she urged me a lot to make a solo debut.”

“She’s been supporting me a lot these days. I think this [encouragement] is the secret to our group’s longevity,” Lee Hae Ri added.

The singer then opened up about her recent appearance on MBC’s “King of Masked Singer” and how Kang Min Kyung had given away a spoiler on her Instagram, saying, “I don’t know who she is but she’s a great singer.”

Lee Hae Ri said while laughing, “She posted the spoiler before I had even taken off my mask on the show. She’s crazy.”

Meanwhile, Lee Hae Ri recently dropped the music video for her solo debut track “Hate That I Miss You.”