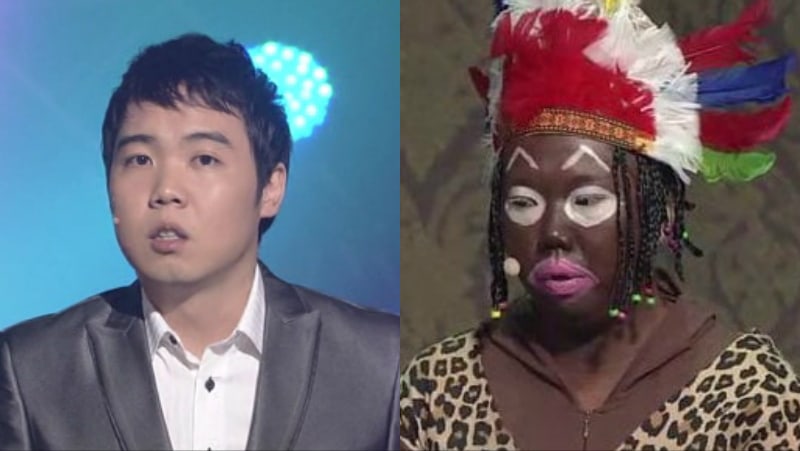 In response to Sam Hammington’s angry post regarding the recent blackface skit on SBS’s “Comedy Hunter,” a comedian named Hwang Hyun Hee shared some of his own thoughts on the situation.

On April 21, Hwang Hyun Hee posted a message on his Facebook, saying, “Sam Hammington…I was going to say this to you through text, but I decided to post this online because you said things in a problematic way. You made a generalization that Hong Hyun Hee was belittling African Americans just by the way she dressed up, but that means [silly] characters like ‘Young Gu‘ and ‘Maeng Gu‘ would be making fun of autistic children. There also used to be a Korean comedy act called ‘Dark Performance’ that received love for a really long time. Was that making fun of African Americans as well?”

He continued, “If we’re going to keep [generalizing] things this way, think about the show ‘The Return of Superman‘ that you’re on right now, where you take your kid to fun places and buy him delicious food. Is your show trying to insult parents who are not financially well off? No. You know that wasn’t the intent of the show. I really think it was inappropriate that you called Hong Hyun Hee pathetic.”

Koreans have been responding to Hwang Hyun Hee’s message with comments like “Yes, ‘Maeng Gu’ and ‘Dark Performance’ were both insulting comedy acts,” “We live in a different generation now,” and “Hwang Hyun Hee is just digging his own grave with this post.”