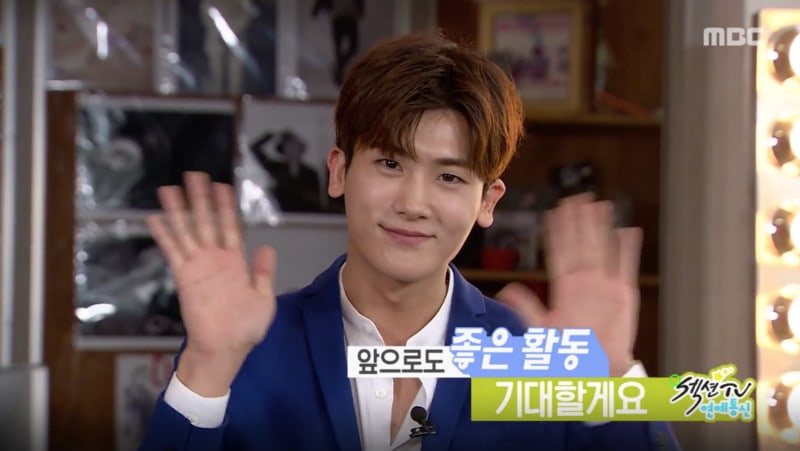 On April 23, Park Hyung Sik appeared as a guest on MBC’s “Section TV Entertainment Relay” and talked about his ideal type, Kwanghee‘s army enlistment, and more.

During the interview segment, the reporter asked if anyone around him was jealous of his latest project, “Strong Woman Do Bong Soon.” Park Hyung Sik responded, “While I was filming ‘Hwarang,’ I worked with many actors close to my age. When they found out that I was going to be working with Park Bo Young, they freaked out in our group chat,” he said. 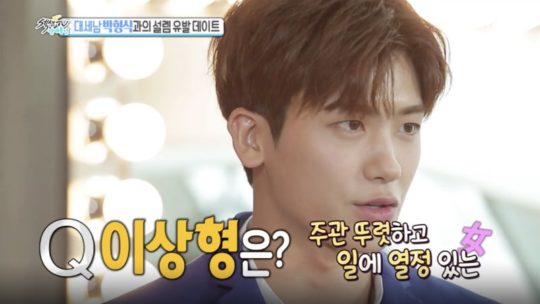 Park Hyung Sik also talked about his ideal type. “I like someone who I can protect, and I find it attractive when they are passionate about their work and go for what they want,” he described. When the reporter commented that his ideal type sounds a lot like Park Bo Young, Park Hyung Sik became flustered.

The singer-turned-actor also sent a heartwarming message to his fellow ZE:A member, Kwanghee, who is currently enlisted in the army.” Kwanghee called me right as he was about to enlist in the army, but I couldn’t answer the phone because I was in the middle of filming. I want to tell him to stay healthy and I hope he does well in the army,” he said. 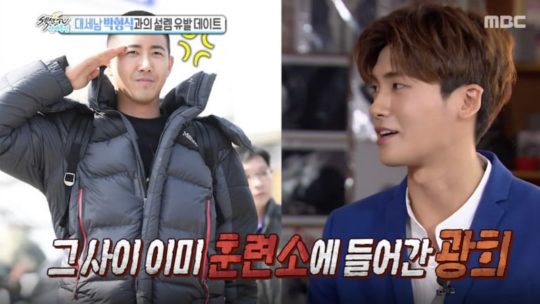 Finally, Park Hyung Sik revealed that the person he meets the most in his free time is ZE:A member Im Siwan. “I talk with Siwan about a lot of the obstacles I face as an actor. For example, I recently asked him how I should approach a director when I have a question or problem with an upcoming scene,” he shared, and also congratulated Siwan for getting invited to the 2017 Cannes film festival.