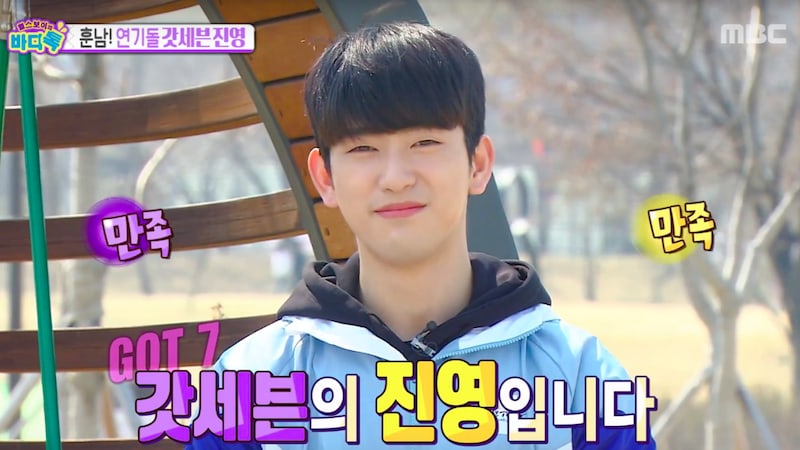 Jinyoung was first asked about his relationship with the GOT7 members. He chose JB as the member he gets along with best, explaining that it may be because they have been together the longest. When asked which member he is least compatible with, he said that there are small incompatible characteristics with each of the other members. Jinyoung also shared that the members bickered a lot at the dorm, but it seems inevitable because they are guys.

When asked about how he decided to become an idol, he revealed that he thought it looked cool and got dance lessons. He ended up enjoying it a lot, which helped build up to his dream. His mother was really opposed to the idea at first, but his father was able to convince her eventually.

To the question on his ideal type, he responded, “I would like for her to be a simple and natural type of person.” He continued with a cute message for his future girlfriend, saying, “Although I do not know who you are, let’s go on a picnic together next time. ”

Jinyoung also talked about “The Legend of the Blue Sea” and his love line with actress Shin Eun Soo, who is eight years younger than him. He drew laughter as he shared that the GOT7 members asked, “Isn’t this a crime?”

Check out a couple clips from the interview below!