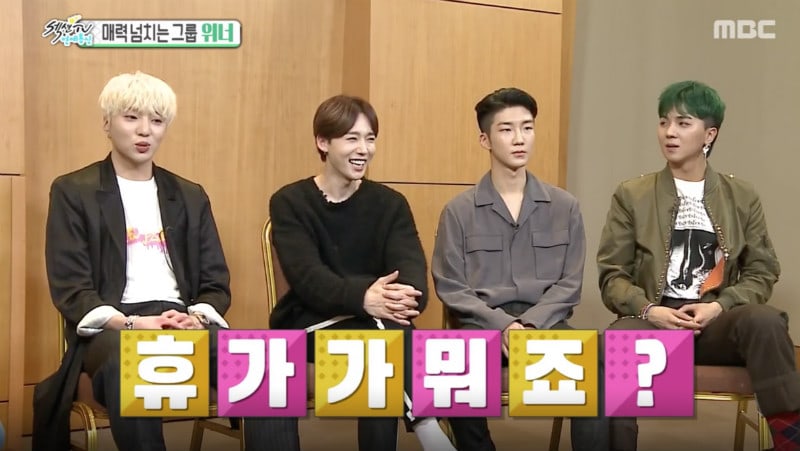 WINNER Claims That They Would Rather Work Than Go On Vacation

On April 23, WINNER appeared on MBC’s “Section TV Entertainment Relay” for a lighthearted interview about vacations and variety shows.

During the interview, WINNER was asked which member they thought was the most suited for variety television. The members unanimously voted in favor of Song Mino, who recently became well known for his goofy, forgetful personality on “New Journey To The West 3”. The members stated, “Mino is great at variety programs,” and continued, “When you search for Mino on the internet, you see ‘deficient’ as one of his related words. Previously, only fans and people close to him knew about this trait of his, but now, everyone knows.” 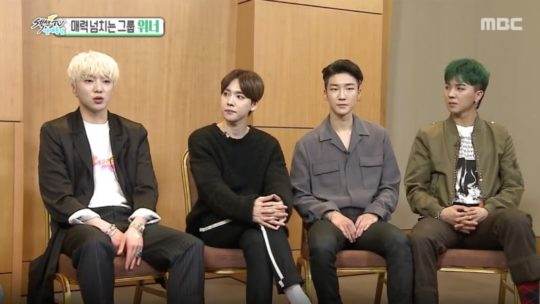 The members also talked about their success with their latest hit, “Really Reallly,” and to everyone’s surprise, revealed that they have yet to take a vacation since their debut almost three years ago. When the reporter urged the members to ask their boss Yang Hyun Suk for a vacation, Kang Seung Yoon faced the camera and started off by saying, “Boss, we haven’t had a vacation yet.” However, quickly acknowledging the consequences, Seung Yoon retracted his request. “We don’t need a vacation. We love to work,” he said.

Following this, the reporter asked Kang Seung Yoon where he would want to go and which member he would go with if he ever got a vacation. “I would go on an overseas holiday, and I would go alone,” he said, refusing to pick a member to travel with.

Do you think WINNER deserves their vacation?

WINNER
MBC Section TV Entertainment Relay
How does this article make you feel?