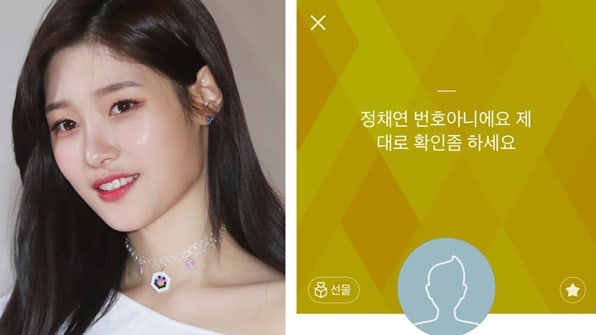 Though fans might have been delighted to have the opportunity to call DIA, there were some people who had a different story to tell.

On April 18, MBK Entertainment decided to release the phone number of DIA member Jung Chaeyeon to commemorate the release of their second album. The response was explosive. On April 19, the agency stated, “We have received over 20,000 text messages and tens of thousands of missed calls.”

However, people with similar phone numbers with the one that was released have been suffering from a flood of random phone calls. On April 20, a post was made on an online community titled, “I am a victim of the phone number event for DIA’s Jung Chaeyeon” to talk about the situation.

The person who made the post said they had never heard of Jung Chaeyeon before. But once the event started on April 18, they kept receiving calls from random numbers asking for her, with many hanging up as soon as the call went through.

The person would ask the callers where they got the phone number, and they would send them a screenshot of articles talking about the “Jung Chaeyeon phone number event.” It was only then that the person understood the situation. However, they kept getting calls, even at 2 or 3 a.m. KST. In just three days, they received over 90 phone calls and text messages, forcing the person to keep their phone in silent mode. 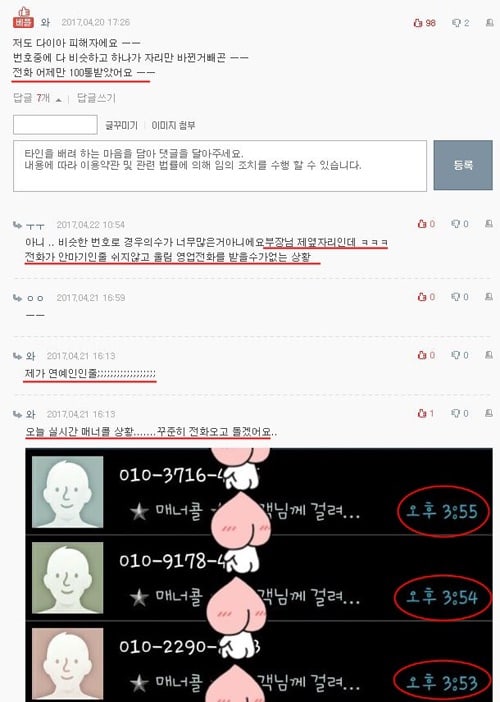 The comments on the post showed that there were others who were going through the same situation. “I got over 100 calls just yesterday,” “Our boss too. It was like his phone was a massage machine, it never stopped vibrating. He couldn’t receive any calls for work,” “My phone number is different from Ki Heehyun by just one number, so I keep getting calls. I can’t sleep at night.”

When one saves a phone number that is similar to the one released by MBK Entertainment, the person who owns that number has “I’m not Jung Chaeyeon. Check before you contact me,” on their KakaoTalk profile. 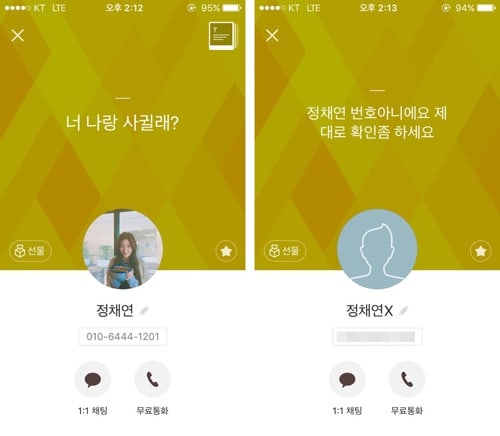 The person who created the post on the online community stated that they contacted MBK Entertainment on April 18 to report the issue. The representative who received the call simply said, “We’ll notify the people in charge,” with no subsequent apology. The poster concluded with, “This didn’t make me dislike Jung Chaeyeon or anything. I actually feel bad for her because it wasn’t her decision. I just wanted people to know that there are people like me who are going through this. Please check the number one more time before you make the call.”

DIA
MBK Entertainment
Jung Chaeyeon
How does this article make you feel?