The identity of “Speedy Mouse Jerry” was revealed on MBC’s “King of Masked Singer” to be a girl group member who is known for her aegyo and wowed everyone with her clear voice.

The first battle of the second round on April 23 was between “Speedy Mouse Jerry” and “My Uncle is the Boss, Parachute Man.” “Jerry” performed a rendition of IU’s “You and I,” drawing everyone in with her voice as clear as glass beads. “Parachute Man” performed Kim Soo Chul’s “Flower That Never Fully Bloomed,” wowing everyone with their powerful high notes and vocalization.

When discussing who the contestants could be, Yoo Young Suk said, “There’s a sense of pleasure that comes only from a clear house. It feels like my heart is full of helium gas, floating high in the air.” Lee Sang Min also added, “I apologize for saying you’re definitely a voice actor. Today, you didn’t get a single note wrong and your choreography was perfect.”

Though both singers impressed the panel, “Parachute Man” beat “Jerry” by a score of 62 to 37.

“Jerry” took off their mask to reveal that it was none other than Lovelyz’s Kei, who is already known as “the one with the best aegyo” and “the aegyo machine” for her unique voice. Greeting everyone, Kei said, “I feel like I’m flying because of all the praise I’ve gotten. It makes me so happy as a singer.” 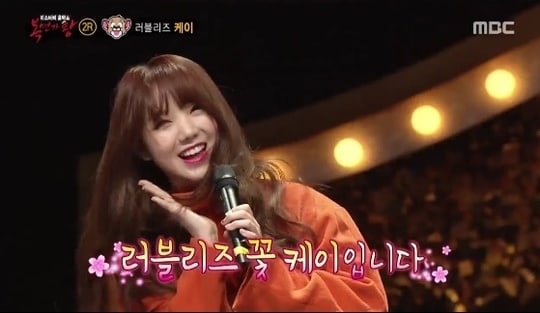 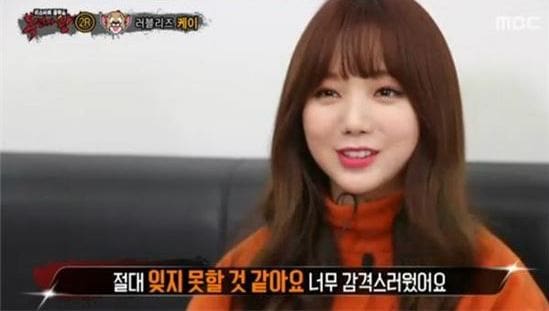 She also added, “I hope Lovelyz can be the most searched on portal sites after this show,” and “I’ve never received so much praise in my entire life, so I have no regrets. I’m so touched.”

After the show, “King of Masked Singer Jerry” was the most searched phrase on portal sites and Lovelyz’s official Twitter account posted a photo of the singer in her costume with a thank you tweet.

The post read, “Lovelinus, ‘speedy mouse Jerry’ fooled everyone before it was revealed to be Lovelyz’s aegyo master Kei. Even when you cover her face and body, you can’t really hide Kei’s loveliness, right?”

Check out the latest episode of “King of Masked Singer” to see Kei’s performance!

Lovelyz
Kei
The King of Mask Singer
How does this article make you feel?