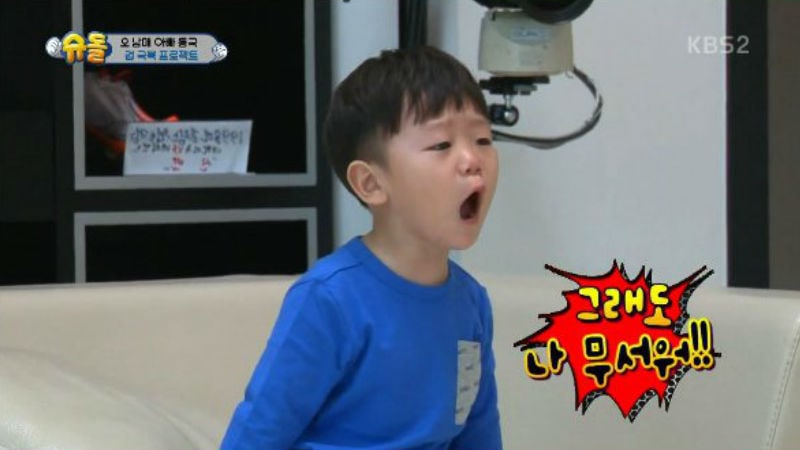 Daebak Faces His Greatest Fear On “The Return Of Superman”

On the April 23 episode of KBS’s “The Return of Superman,” Lee Dong Gook set out to help his three youngest children overcome their fear of insects. He started by showing the kids fake insects. Explaining his idea, he said, “Flies, ants—our kids are really scared of insects. Daebak is especially scared of them. While wondering how to help them overcome their fear of insects, I thought of using a toy.” Unfortunately, when Daebak saw the shape of an insect, fake or not, he was still scared. 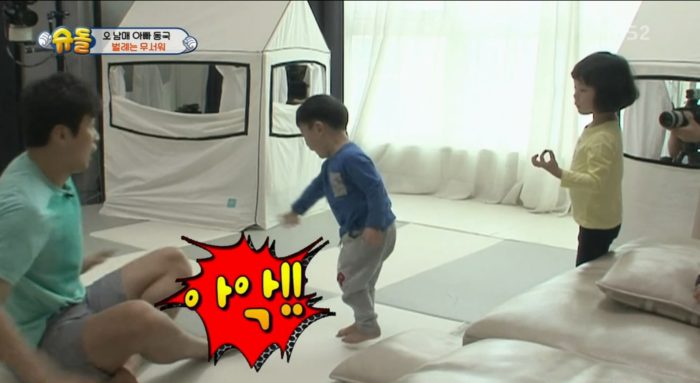 On the other hand, Seol Ah and Soo Ah were comfortable with the fake insect, and they tried to convince Daebak that it was okay to touch as well. With his sisters’ encouragement, he became more comfortable and was able to touch the toy. Daebak and his dad even did their own special handshake in celebration. 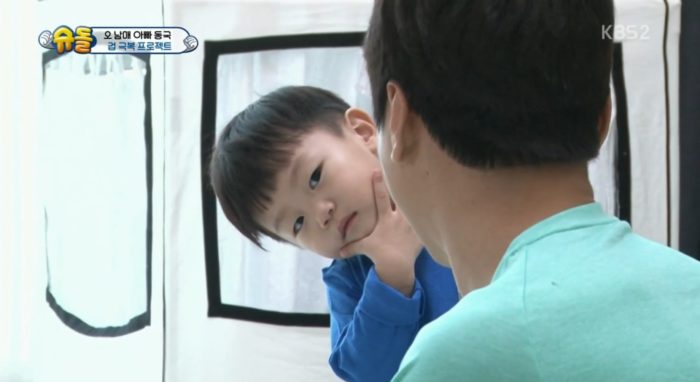 Next, Lee Dong Gook arranged for larger toy insects to be placed in the living room. These toys moved all across the floor as they could be controlled by remote. 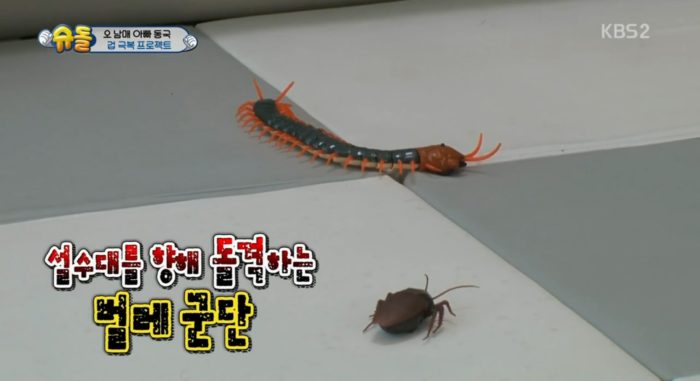 As soon as the insects began to move across the living room, all three children became scared again and jumped onto the sofa to avoid them. They threw cushions on the floor to try and stop the toy insects, and eventually stood on the cushions to avoid coming in contact with the toy insects while on the floor. At one point, Seol Ah and Soo Ah used the cushions as stepping stones to leave the living room entirely, but Daebak ran away in the wrong direction, eventually freezing in place on his own cushion-island. 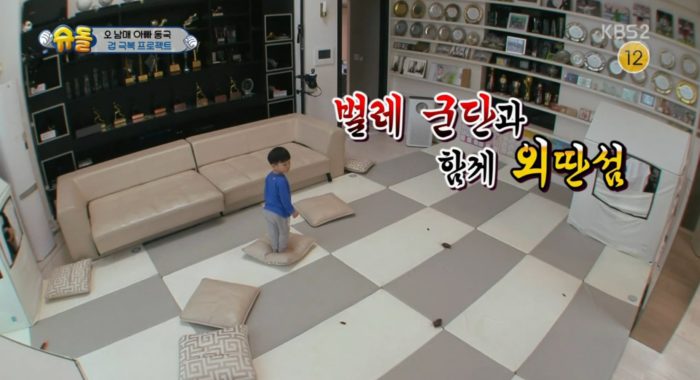 After learning that these moving insects were toys as well, Seol Ah and Soo Ah were comfortable touching them. Daebak, however, once again took more time to warm up to these insects, toy or not. Seol Ah and Soo Ah tried to help by bringing the toys closer to him, but that plan backfired as Daebak shouted even louder in fear. 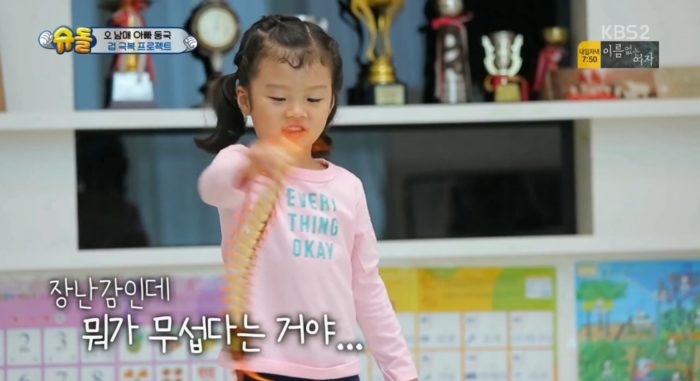 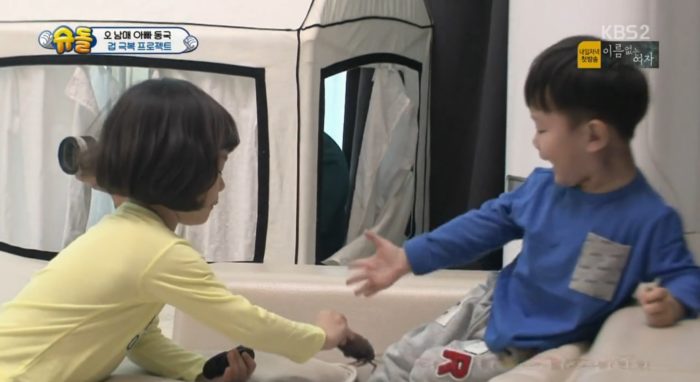 Soo Ah tried to reassure him by yelling, “These are toys, they are all toys!” In reply, Daebak shouted back, “I’m still scared!” When Lee Dong Gook let Daebak hold the remote for the insects and control them himself, Daebak eventually became more comfortable with these larger, moving toy insects. He even started to enjoy playing with them. 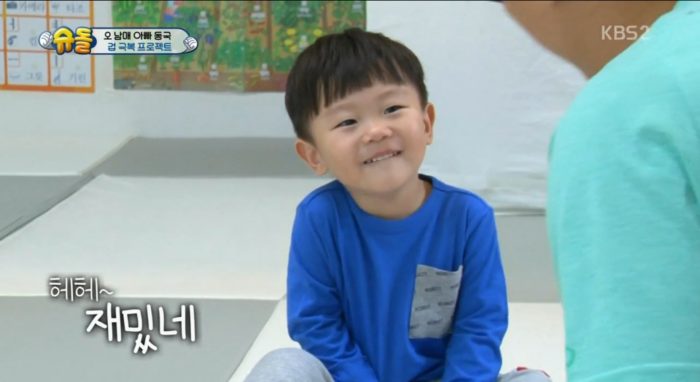 Little did he know there was yet another phase to his dad’s plan. For the final phase, Lee Dong Gook decided to show the kids something alive instead of a toy. He brought out small mudfish, or loaches, for the kids to see and touch. 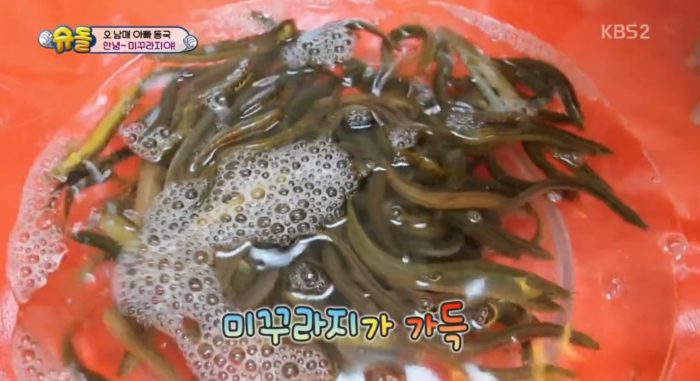 Although not actually an insect, Daebak was still scared to touch the mudfish at first. He eventually picked one up from the floor and placed it back in the bowl with his sisters’ help, showing he had improved a lot since the start of his dad’s plan. 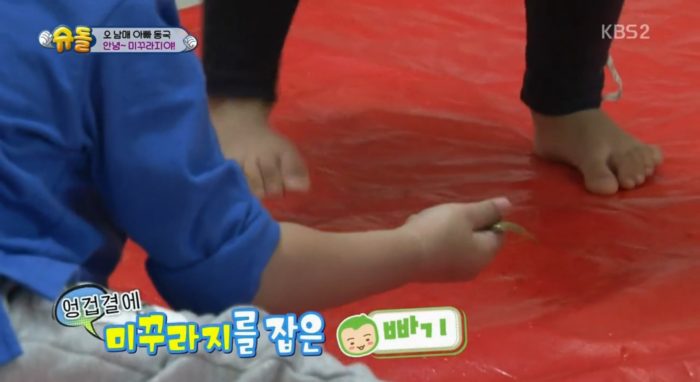 Watch Daebak and his sisters overcome their fear in the latest episode on Viki below!