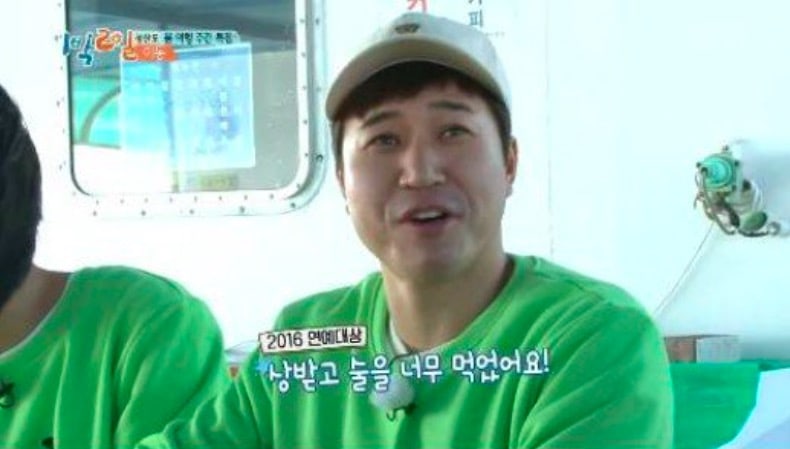 On the April 23 broadcast of KBS2’s “2 Days & 1 Night,” the members enjoyed some instant noodles as a snack.

While they were doing so, the director commented to Kim Jong Min, “It looks like you gained some weight.” Kim Jong Min agreed, “I weigh the most right now in all the three seasons of this show.”

The members and staff asked him why he gained so much weight, and Kim Jong Min shot back with a good-natured laugh, “Because I drank so much alcohol after getting the big award.”

He revealed, “I went for a physical exam and the doctor told me that I had to lose seven kilograms.”

At that, Yoon Shi Yoon commented while shaking his head, “Don’t they usually tell you to gain weight at the hospital?”

Happy Together
Kim Jong Min
Yoon Shi Yoon
How does this article make you feel?