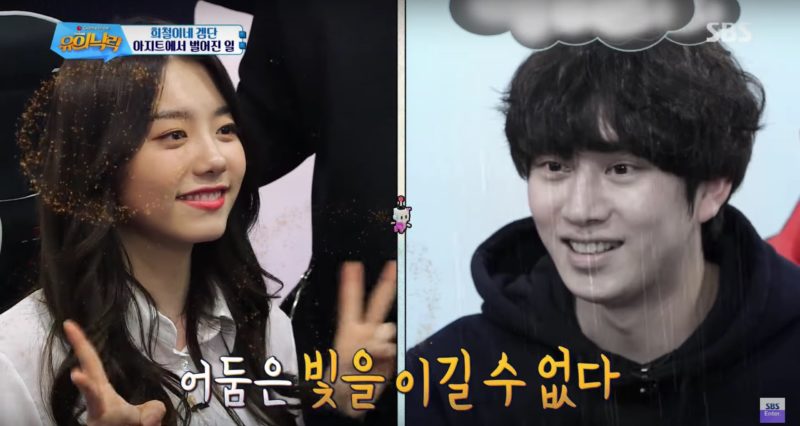 On the April 21 episode of SBS’s “Game Show,” a variety show focused on gaming, Super Junior’s Kim Heechul challenged Kim So Hye to a game of StarCraft. 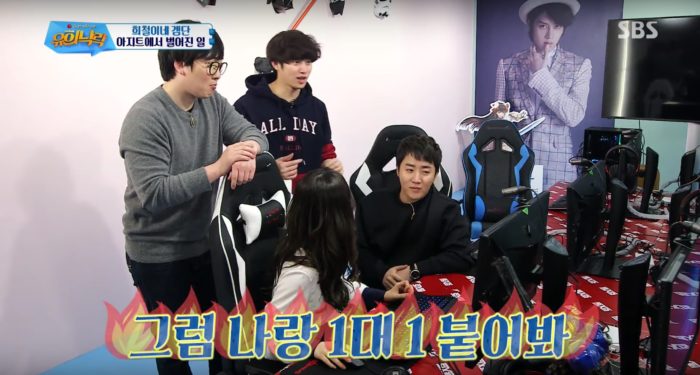 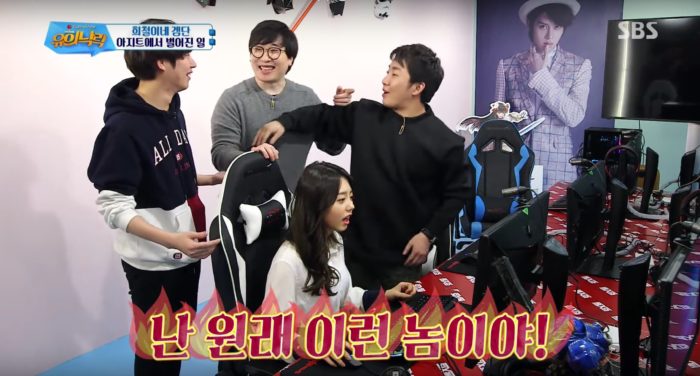 Kim So Hye had only learned about StarCraft for 30 minutes before Kim Heechul’s arrival, so she still wasn’t clear on the details of how to play, let alone win. She had to ask “How do you win?” right before the game began. Still, she started off well, even correcting Hong Jin Ho as he gave his first instructions. She reminded him the game map was different from the one he had used to teach her earlier. 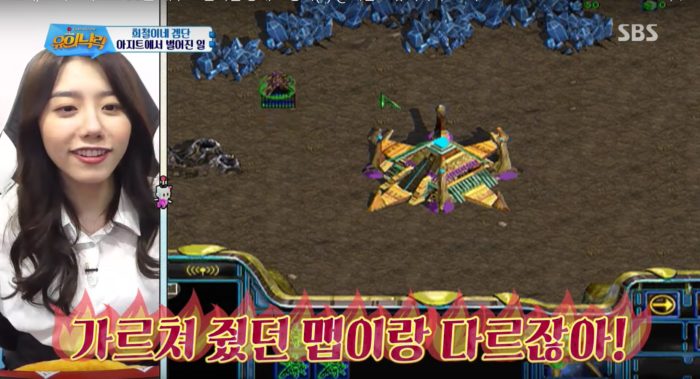 As the game continued, other visitors entered the game den. Comedian Kim Jin Ho arrived first, and he was quickly followed by ZE:A’s Heechul, Block B’s Jaehyo, and KNK’s Youjin. At each visitor’s entrance, Kim So Hye took the time to look away from the computer, and she would even get up at the keyboard to greet them. Meanwhile, Kim Heechul remained focused on the game, gleefully preparing offensive attacks on Kim So Hye’s units. 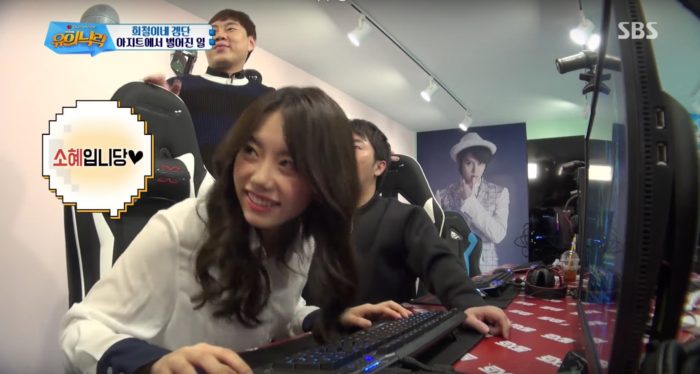 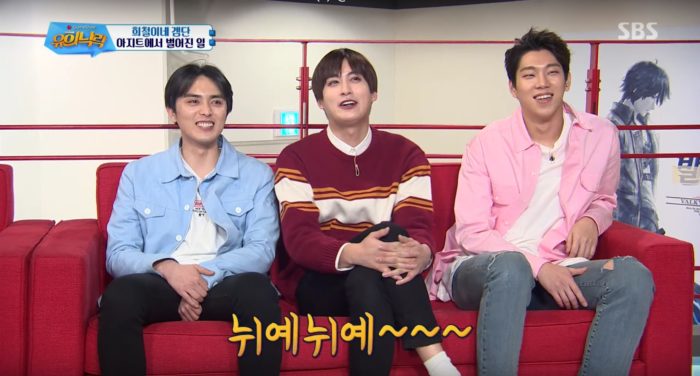 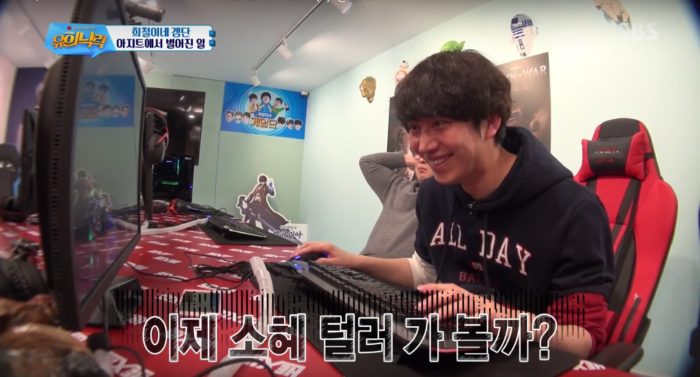 After suffering a brutal attack by Kim Heechul’s mutalisks, Kim So Hye gave up any hope of winning. Suddenly, Kim Heechul’s computer froze. He had become disconnected from the game server. Unfortunately, when a player is disconnected in StarCraft, it counts as a loss. 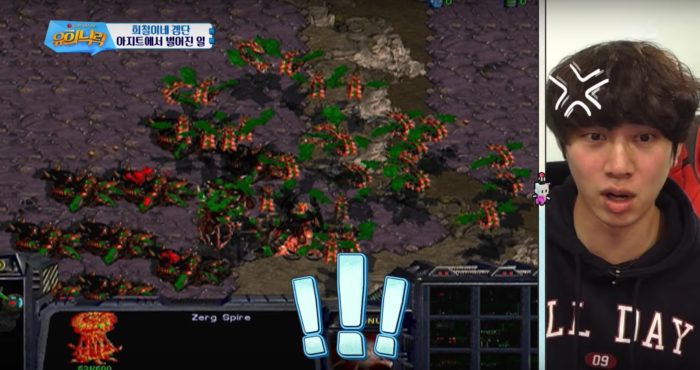 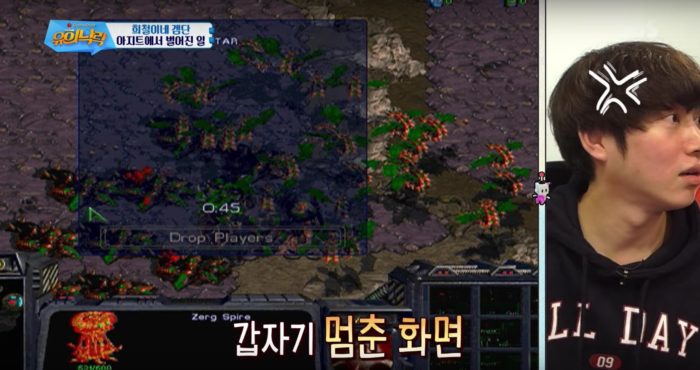 It took Kim So Hye a second to understand what had happened, but once she realized she had won, she beamed happily! Kim Heechul could only smile in disbelief, but he graciously accepted the fairness of his loss. 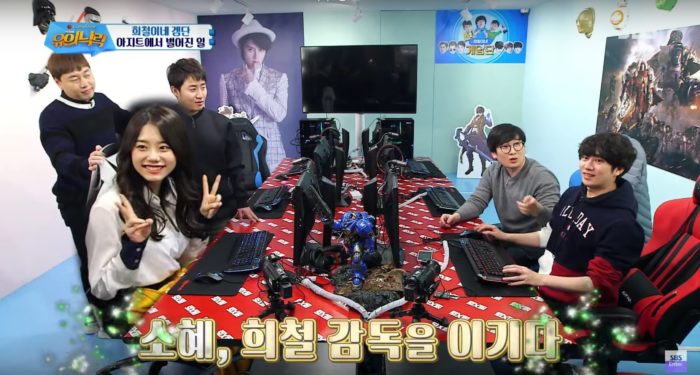 Watch Kim Heechul and Kim So Hye’s game below!