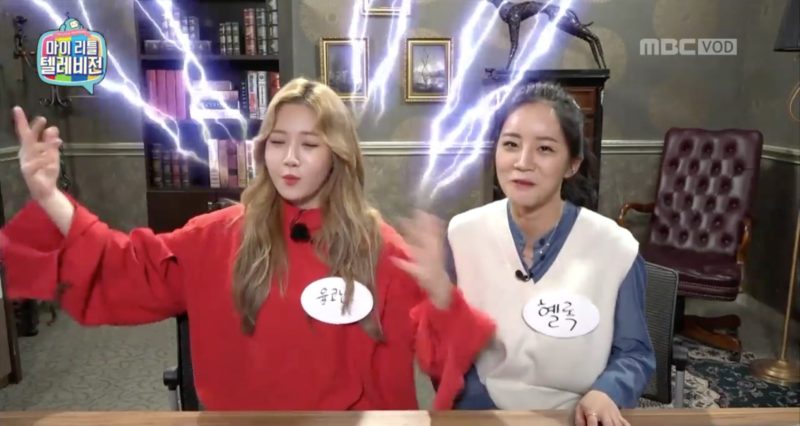 On the April 22 broadcast of MBC’s “My Little Television,” Girl’s Day members Hyeri and Yura showed their passion for “escape rooms,” which are various themed rooms participants are locked in and have to complete different games or puzzles in order to exit. The participants must succeed in solving the clues and escaping within a specific time-limit. Some escape rooms can be very elaborate. 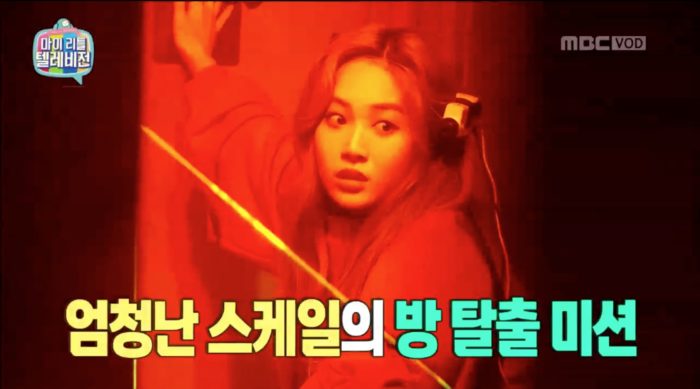 As they had experienced many different kinds of escape rooms, Hyeri and Yura were confident in their abilities. To make sure the two faced a challenge, the production staff of “My Little Television” spent 40 million won (approximately $35,254) preparing a difficult escape room set. The elaborate escape room was the most expensive set ever prepared by the production staff.

Before they got started, Yura and Hyeri sat down with an expert who specializes in creating escape rooms. He told them that the escape room prepared for them included some features that had never been done before in Korea, which made them even the more excited for the experience. 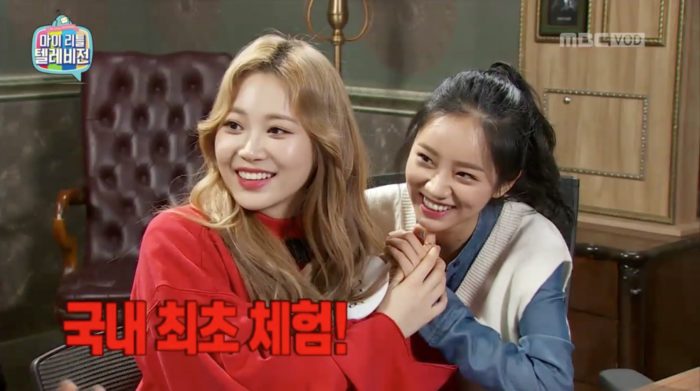 From the start, Yura and Hyeri showed they are “professional escape room-ers” by quickly solving the basic puzzles in the room prepared by the expert. In particular, Yura proved she was the ace as she skillfully found clues hidden carefully throughout the room. During the geography puzzle, however, Yura did reveal geography was a bit of a weakness for her. She had to find countries on a world map and first asked, “Where is Spain?” After which, she had some trouble locating the United Kingdom, and then Canada. Her confusion caused the studio to burst out in laughter.

Check out the episode of “My Little Television” on Viki below and tag alongside Hyeri and Yura as they begin their escape!

My Little Television
Girl's Day
Hyeri
MBC
Yura
How does this article make you feel?