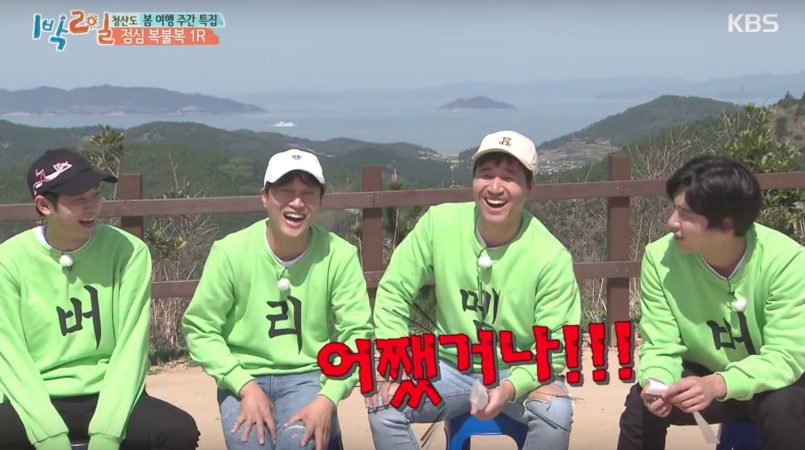 “2 Days & 1 Night” Members Share About Their Own Good Deeds

During the April 23 episode of “2 Days & 1 Night,” some of the cast members were asked to talk about a good deed they had done in the past.

Kim Jong Min shared about a time he helped out his Koyote groupmate Shinji. “I got a call in the morning that Shinji was sick, so I filled in for all her schedules,” he revealed.

“Was she hungover?” asked Cha Tae Hyun. Taken aback by the sudden question, Kim Jong Min responded while laughing, “That’s not the point! I had to fill in for her so many times!” 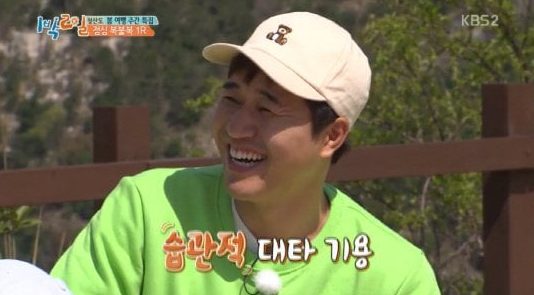 Next up was Jung Joon Young, who shared that he had sent home a drunk man who had collapsed on the street. “I called his wife and even paid for his taxi fare,” he added. 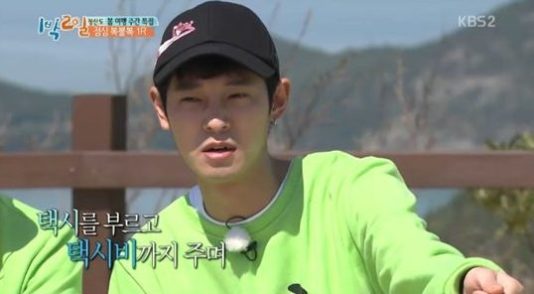 When it was Cha Tae Hyun’s turn, Kim Jong Min commented, “Cha Tae Hyun donates so much,” to which Cha Tae Hyun hesitantly responded, “Donating isn’t the problem. I lent people way too much money.” 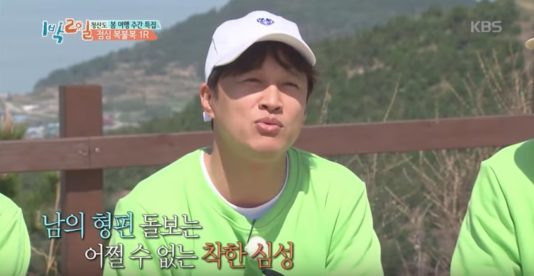 A few seconds later, however, he said, “Wait, no, edit that out. My wife isn’t aware of all the money I lent,” to which Kim Jong Min joked, “Make sure this airs.”

You can watch the full episode on Viki below!