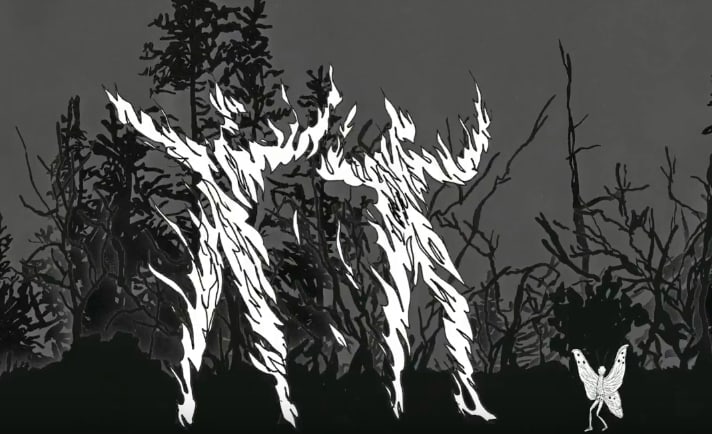 Watch: Hyukoh Sings About The Pain Of Youth In “TOMBOY” MV

Hyukoh is back with new album “23” and double title tracks “TOMBOY” and “Leather Jacket”!

Prior to its release, Oh Hyuk explained the meaning behind this album, saying that youth has two sides to it. “Youth can be radiant and bright, but because it’s a light that constantly flows, it also holds the meaning of insecurity, feeling lost, and the process of searching. I incorporated that meaning of youth [in the album].”

Regarding “TOMBOY,” Oh Hyuk stated, “Out of the two sides of youth, I expressed the depressing side [in this song]. Everything is unfamiliar and strange, but we still want to succeed. I tried to show the feeling of being stuck between those two thoughts.”

The music video of “TOMBOY” is a black and white animation by illustrator Park Gwang Soo, and it artistically conveys the conflicting feelings of youth. Watch it below!

Also check out the music video for double title track “Leather Jacket,” which was released earlier.

Hyukoh
How does this article make you feel?