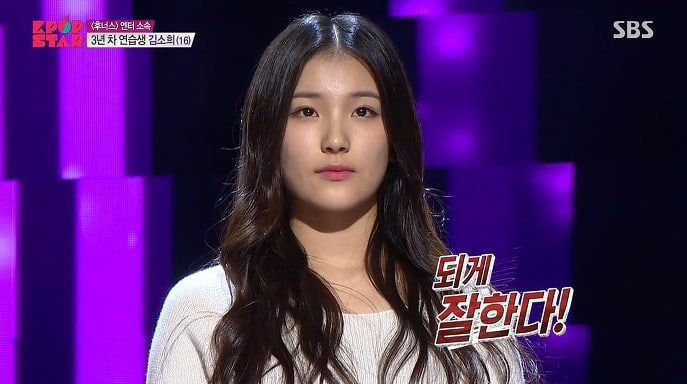 Kim Sohee, part of “K-Pop Star 6” runner-up girl group KWINs, will make her debut in May!

She will first debut as a solo artist before joining the girl group her agency is currently preparing to launch.

On April 25, a source from her agency Hunus Entertainment explained, “We are working to release her solo track in May, but we have not yet decided on an exact date or concept.”

All throughout her appearance on “K-Pop Star 6,” she was named as a potential winner and received various compliments from judges Yang Hyun Suk and Park Jin Young. Park Jin Young expressed, “I want her to go solo. She’s so skilled that I’m not sure if it’s adequate for her to be categorized as a girl group. It’s hard to fill up the whole stage as a solo artist, but Kim Sohee is able to pull it off.”

Meanwhile, it was previously reported that Kriesha Tiu from KWINs will also be making a solo debut in May.

K-Pop Star 6
Sohee (ELRIS)
How does this article make you feel?