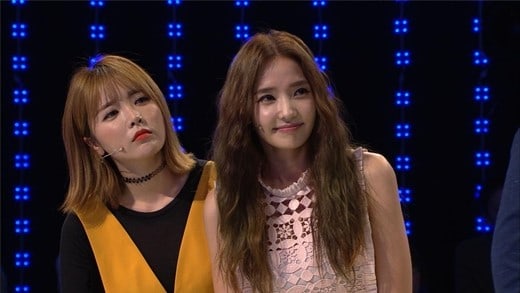 On the April 25 broadcast of KBS 2TV’s “1 vs. 100,” Han Chae Young and Hong Jin Young, who are both fixed cast members in “Sister’s Slam Dunk Season 2,” appeared as guests.

During the broadcast, the MC asked Han Chae Young, “It’s your first time on a reality TV variety show. Wasn’t it hard to get used to?” At that, she replied, “It was really hard at first. The cameras were rolling 24 hours a day, so it was distracting and scary to say even one word.”

However, she revealed that things have changed now. She said, “It’s been about two months now, and I’m more comfortable on camera. I’ve been shown on broadcast sleeping with my mouth open and with no makeup on after washing my face. It feels easier now that I’ve let go.”

Hong Jin Young also complimented her by saying, “She really adjusted well. It really feels like she’s someone who has a lot of variety show experience.”

Watch the latest episode of “Sister’s Slam Dunk Season 2” below!