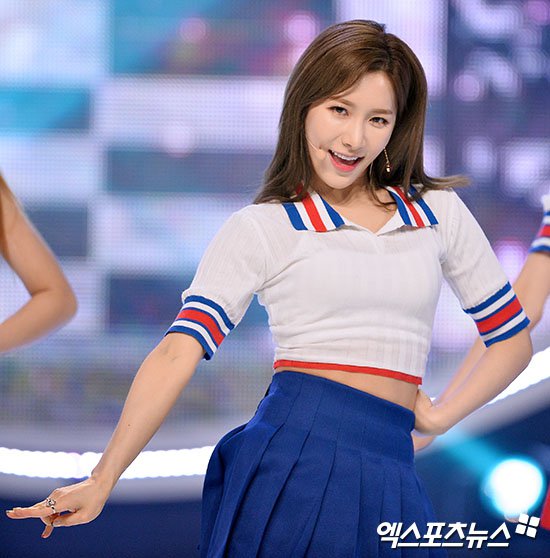 Later on April 26, a source from LABOUM’s agency stated, “After the results of her checkup, there appear to be no major problems with her health. She was told that she just needed some otolaryngology treatment.”

The source added, “Soyeon personally insisted on performing at ‘Show Champion’ today. She was able to complete the performance due to the kindness of the other singers that day.”

LABOUM’s Soyeon has reportedly been taken to the emergency room for excessive bleeding.

On April 26, LABOUM performed their latest comeback “Hwi Hwi” on MBC Music’s “Show Champion.” Before she took to the stage, Soyeon showed symptoms of severe bleeding such as fatigue and nosebleeds. The agency’s staff had an emergency meeting about the upcoming performance, but Soyeon showed a determination to continue the show.

Eventually the production staff of “Show Champion” changed the order of LABOUM’s performance in order to better consider Soyeon’s health and she completed the performance without any major issues. Afterwards, she and her manager went directly to the hospital.

A source from the agency stated, “Right now she is on her way to the emergency room, where we will check on her state of health.”

LABOUM
Soyeon (LABOUM)
XPN
How does this article make you feel?