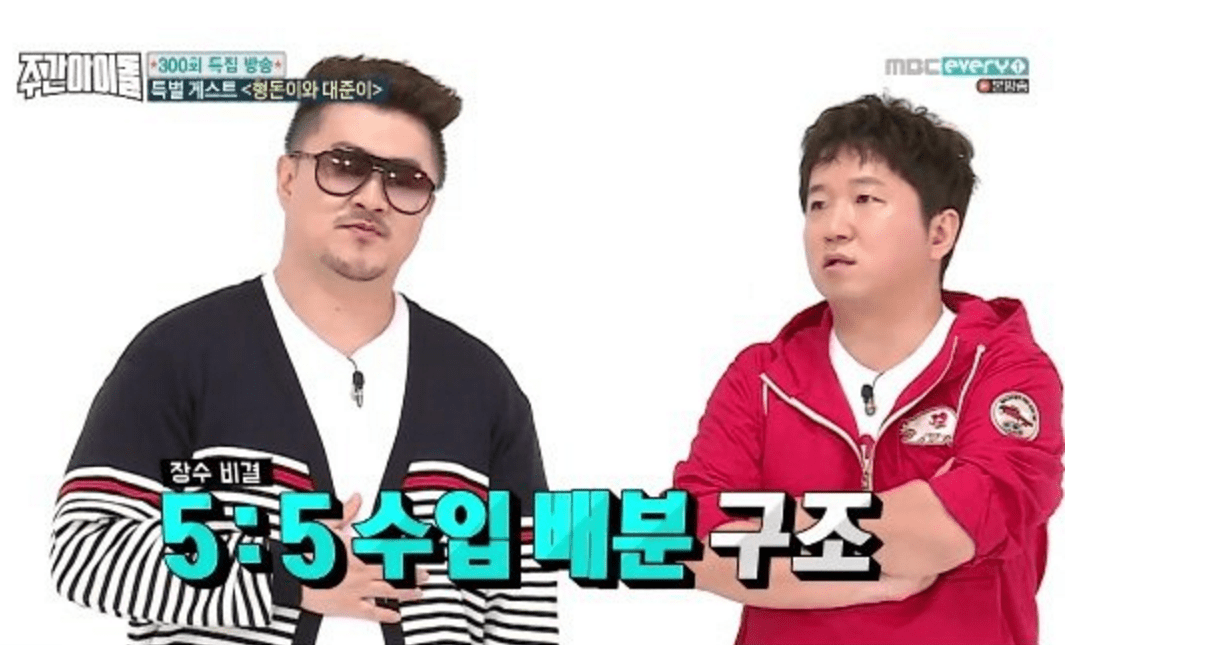 On April 26, “Weekly Idol” celebrated its 300th episode by having its longtime MCs, Jung Hyung Don and Defconn, as the guests. (Former idol MCs of the show returned to do the emceeing.)

Jung Hyung Don and Defconn teamed up as a musical/comedy duo “Hyungdonnie and Daejunnie” in 2012. When asked about the secret to their longevity, Jung Hyung Don joked, “We strictly divide the income 1/N. And when we are not promoting, we don’t meet up. We don’t eat the same table.”

He added, “There aren’t a lot of members in Hyungdonnie and Daejunnie but there’s one person who secretly goes to promotional events. He also films commercials and goes to events on his own,” outing Defconn’s “secret” activities.

Defconn said hilariously, “It must have been urgent for that person.”

They also revealed that it was Yoo Jae Suk who chose their group name. “When he came to record ‘Olympic Road,’ he gave us our name,” Defconn said. “The nominees were Hyungdonnie and Daejunnie, Yoo Jae Suk and Boys, and No Muk Sa (a short version of the Korean for ‘People Who Eat Songs’).”

Jung Hyung Don said, “Thanks to Yoo Jae Suk’s foresight, we were able to mature for six years as a group. If I ever work with another heavyweight producer, I will request another team name from him.”