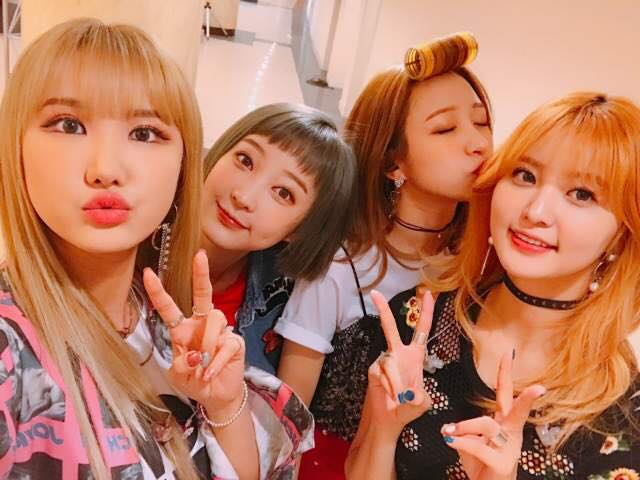 EXID members Junghwa, Hani, and LE appeared as guests on the April 26 broadcast of KBS CoolFM’s “Lee Hong Ki’s Kiss the Radio,” where they each picked which idols they have recently been a fan of.

Junghwa unhesitatingly chose IU, saying, “The members and I recently got to meet IU at a music show. We even exchanged CDs. It was great.”

Hani then shared that she was a huge fan of Oh My Girl’s Arin. “I like her because she’s pretty. She’s close to my ideal type. [I see her often these days] because our promotions have been overlapping, and she’s just really pretty,” she gushed.

Next up was LE, who decided to choose her fellow member. She hilariously revealed, “I like EXID’s Hyerin. She’s totally my type because she just says whatever she wants.”

Meanwhile, EXID recently took home their second win with their latest track “Night Rather Than Day.”

EXID
Lee Hong Ki's Kiss the Radio
How does this article make you feel?