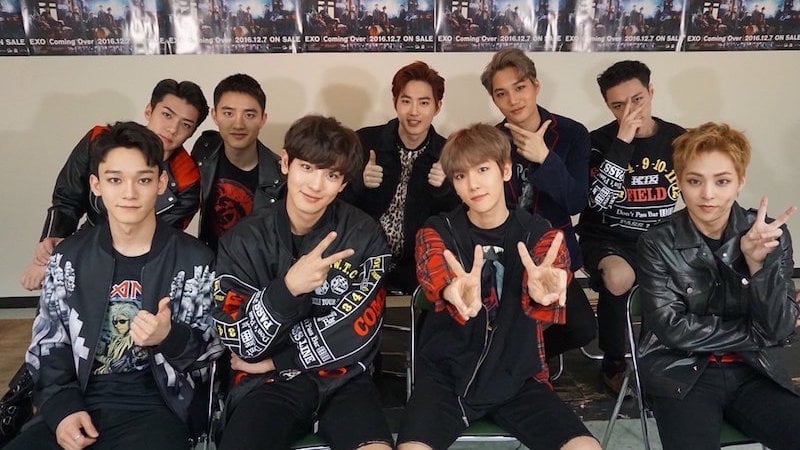 Whether you’re still on a post-concert high, hyped because of pre-concert excitement, or suffering due to the unfortunate and sad situation of being unable to go to a concert, Apple Music special surprise for EXO-Ls!

On April 26, they announced through their official Twitter account that they created a special playlist just for the group’s ongoing North American tour, which kicked off in Newark, New Jersey just a day prior.

The playlist is specifically ordered to echo the group’s official setlist for the tour, although with a few discrepancies. Understandably, remixes and a couple songs like “Do It Together,” were not included as these have yet to be digitally released. Also, while the songs from “My Lady” to “Lady Luck” are actually performed as an acoustic medley with a simple live guitar accompaniment (courtesy of Lay and Chanyeol) during the concert, the original audio files for the songs are instead included in the playlist for the same reason: the medley is not digitally available.

Along with the announcement, Apple Music also shared a short and sweet video from EXO, although regrettably without Lay due to circumstances.

The playlist is only available for Apple Music users at the moment.

Meanwhile, EXO’s third concert tour, “The EXOr’DIUM,” will continue with a concert in Mexico on April 27, and another on April 28 in Los Angeles, California.