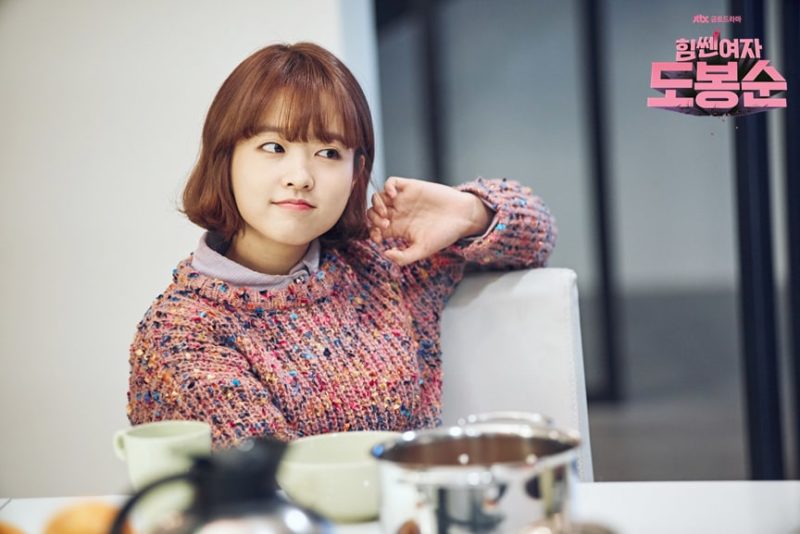 Actress Park Bo Young opened up about her beauty and popularity during a recent interview.

When asked to assess her own beauty, she responded, “I saw Song Hye Kyo once and she was so pretty. She was bare-faced and I was wearing full makeup, yet she still looked prettier than me. After seeing her, I told myself that I should just focus on my acting. That’s why I always work really hard [as an actress].”

Park Bo Young then reflected on her acting career and the movie “Scandal Makers” she filmed back in 2008 that helped her rise to fame. “The movie ‘Scandal Makers’ did so much better than I had thought. During that phase of my career, the people around me warned me that whatever goes up could always come back down. After ‘Scandal Makers,’ I kept going down for a while. When I got tied up in a big lawsuit with my previous agency, I seriously thought my career was over. I’m really thankful for the popularity of ‘Strong Woman Do Bong Soon’ but I know it’s only temporary,” she expressed.

This isn’t the first time Park Bo Young has demonstrated her humble and down-to-earth personality. Previously, she opened up about getting bullied in high school, almost quitting acting, dealing with malicious comments, and having low self-esteem.

Meanwhile, you can watch the first episode of her latest drama “Strong Woman Do Bong Soon” below!