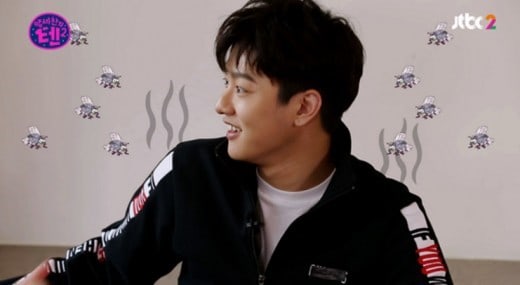 During a recent recording for JTBC2’s “Yang Se Chan’s 10 Season 2,” the cast had some time to talk candidly about themselves.

When asked to “talk about the most shocking experience that no one else knows about,” Shin Won Ho volunteered to talk first. He revealed, “I have gone two weeks without changing my underwear. When I don’t have to work, I rarely even wash myself.”

At that, Yang Se Chan said, “No wonder it smells weird when I’m next to Shin Won Ho. He’s such a dirty idol.”