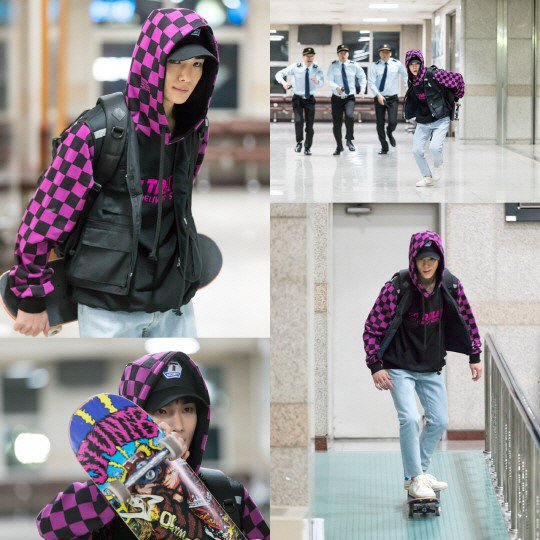 SHINee’s Key has transformed into a unique genius hacker for his upcoming drama “Lookout”!

On April 27, the drama’s production team released the first stills of Key as Gong Kyung Soo. Key can be seen wearing a brightly colored hoodie and a backpack filled with hacking equipment, and he also has his skateboard to help him escape at anytime.

“Lookout” is Key’s second try at acting after “Drinking Solo,” for which he received lots of praise. The producers of “Lookout” also complimented him, saying, “Key is becoming synchronized with his character. He’s a hard worker who always prepares in advance despite his busy schedule, and he surprises us by doing a very good job at acting.”

After his first day of filming, Key expressed, “Time flew by so quickly. I got to ride a skateboard properly for the first time thanks to this special role of mine. I kept practicing in the underground parking lot anytime I could, and it gets more fun each time. I’m having a great time while filming. You’ll be able to see my outstanding skateboarding skills, so please look forward to it.”