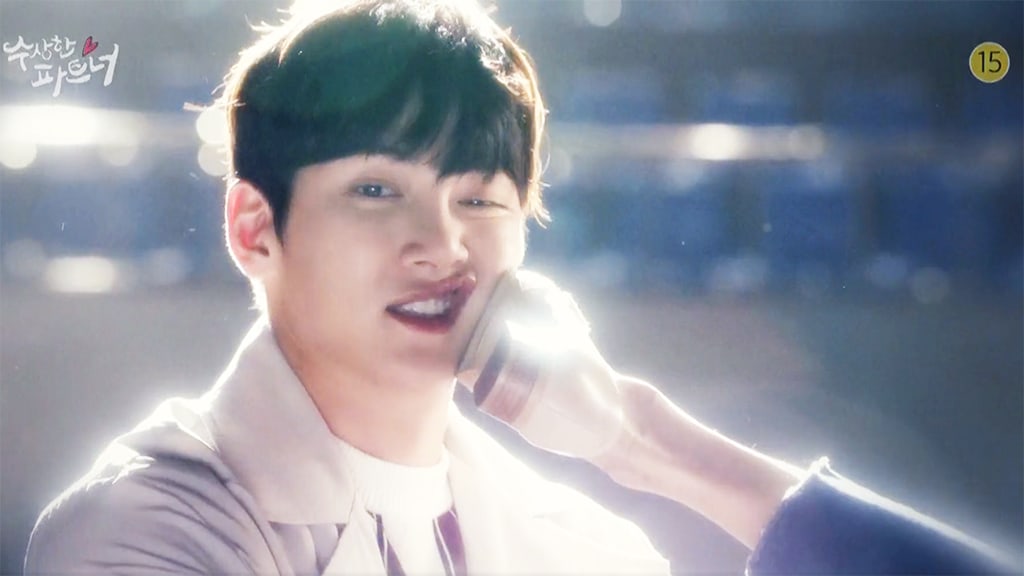 The teaser starts off with Ji Chang Wook reciting a poem in his soothing voice, with ethereal music playing in the background. The poem may sound familiar to some viewers and this is because it is the same poem that actor Gong Yoo recited in tvN’s “Goblin” to describe his first love. Ji Chang Wook stares longingly at a woman who has her back to him and smiles as she turns to face him.

The romantic poem seems to be directed at actress Nam Ji Hyun, who later runs toward Ji Chang Wook with a smile on her face. Ji Chang Wook spreads his arm to embrace Nam Ji Hyun, only to be roundhouse kicked in the face by the actress.

In the poem, the final line reads, “She was my first love,”; however, Ji Chang Wook, after receiving a blow to the head, gasps and says, “That was my first slap to the face,” ending the teaser on a hilarious and unexpected note.

Meanwhile, a new behind-the-scenes video from the first script reading for the drama shows the wonderful chemistry between cast members. “Suspicious Partner” is set to air on May 10 at 10 p.m. KST.

Watch the entire teaser below!