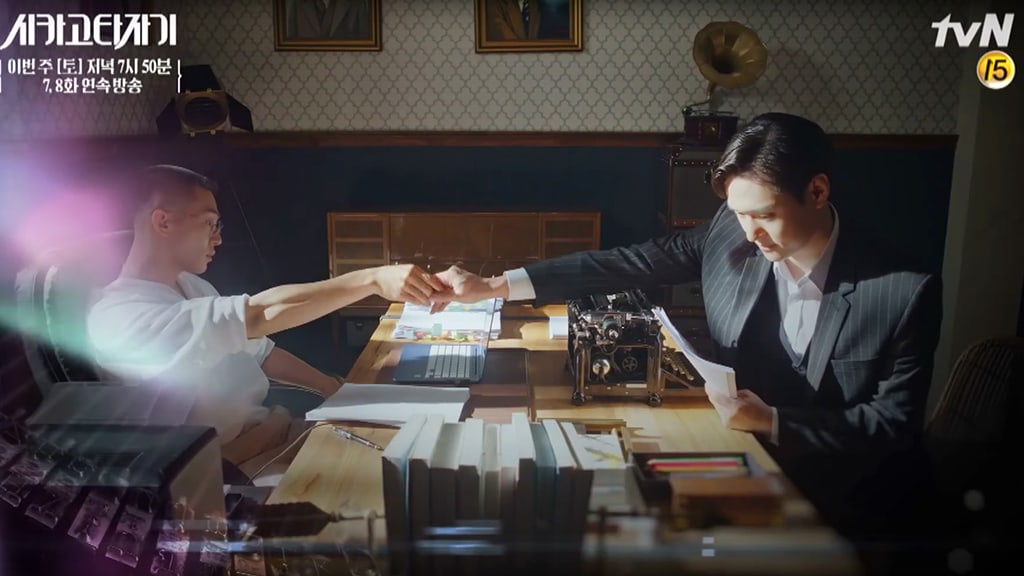 In the latest preview for tvN’s drama “Chicago Typewriter,” love lines get even more complicated as characters become more and more entangled with one another.

Yoo Jin Oh (Go Kyung Pyo) looks at Jeon Seol (Im Soo Jung) longingly at the beginning of the preview and says, “If I had found you first, would you have believed me?”

The preview then cuts to a scene of Han Se Joo (Yoo Ah In) confronting Yoo Jin Oh and saying, “You’re a ghost and Jeon Seol is a real person,” as if he is trying to eliminate all hope for Yoo Jin Oh, who admitted to falling in love with Jeon Seol at first sight in a previous episode. Jeon Seol can then be heard saying, “If that person wants to see me, he’ll probably come see me at least once.”

Han Se Joo confronts Jeon Seol and asks if she likes Baek Tae Min (Kwak Si Yang) not just as a writer but as a man, creating anticipation for what kind of situation could have led to that moment.

Towards the end of the preview, Yoo Jin Oh asks Han Se Joo to write up a contract, to which Han Se Joo replies, “What if, in the process, Jeon Seol ends up falling for me?” which is bringing up questions as to what exactly the contract is about.

Meanwhile, fans of “Chicago Typewriter” should note that some of tvN’s dramas will be receiving adjusted broadcasting times due to the presidential candidate debate, which is set to take place this Friday.

Watch the entire preview below!