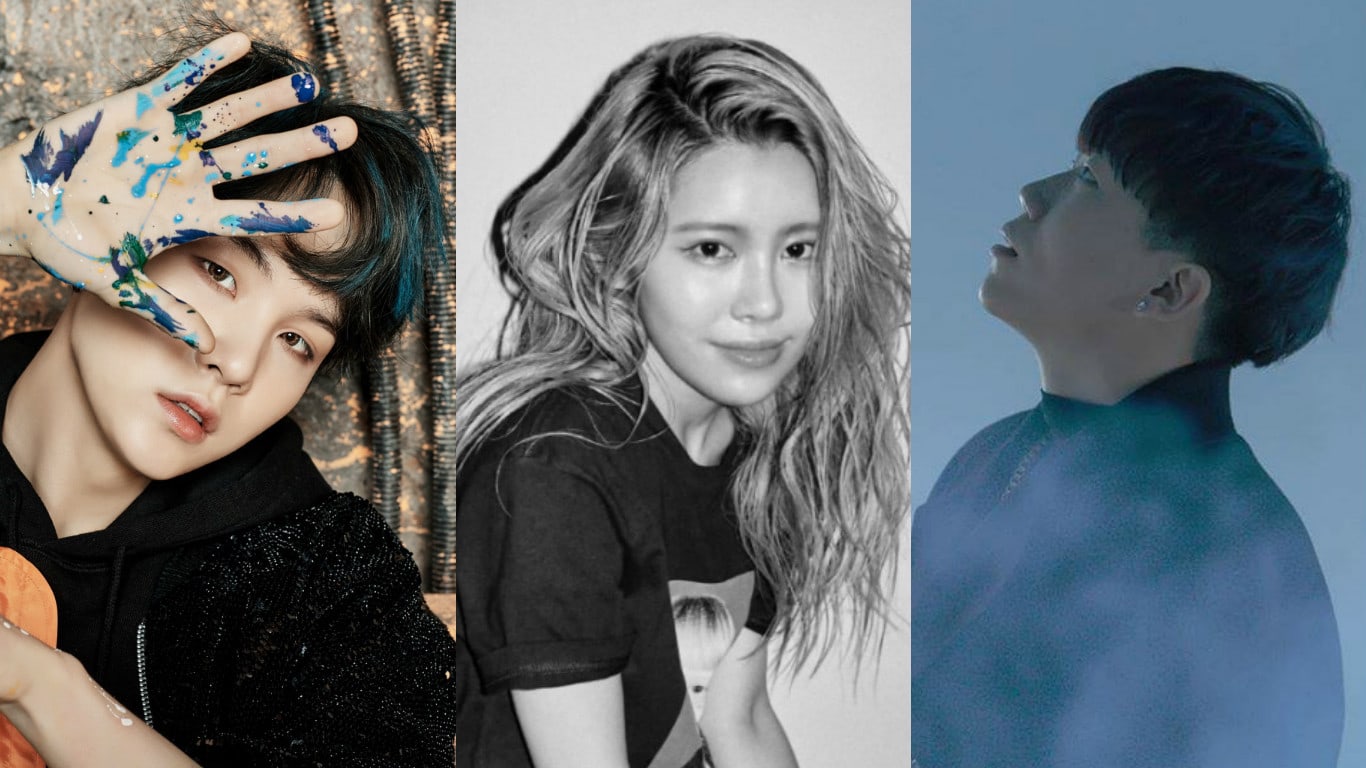 “Thank you for this opportunity to let my voice be known to the general public.”

This is what R&B vocalist Suran had to say about her recently released single “Wine.” The track topped various music charts, such as Bugs, Genie, and Olleh Music. Considering the fact that IU’s new album has been on top for the past couple of weeks, this is quite an impressive feat for a rookie singer.

“Wine” is a trendy hip-hop, R&B track infused with electro pop and a futuristic base. The lyrics reflect a person seeing the memories of their past relationship in a glass of wine. The groovy rhythm and emotional melody work well together, and the song was quite anticipated as it was reported that the song would be produced by BTS’s Suga and would feature rapper Changmo.

On topping the charts for the first time, Suran said, “This is my first chart-topper since my debut. I couldn’t have done this alone, and I’m grateful to BTS’s Suga, Slow Rabbit, June, and Changmo for their help.” She added, “The song is so meaningful because everyone came together to create the track, and I am truly grateful. I’m so happy that I had this opportunity to let my voice and music be known to the public. I hope people will continue to be interested in my upcoming mini-album and music.”

She especially thanked BTS’s Suga and Changmo for their participation. Suran stated, “When I was working on some music by myself last year, I was having a hard time and I was feeling depressed. It was at that time that I started talking with Suga about music, and we ended up working together and that’s how ‘Wine’ was created. I’m grateful to him because I received a lot of strength and energy from working with him, and the song came out so well. And I’ve always been a fan of Changmo, so I was very happy when he agreed to feature on my track after listening to the song. I’m grateful to him for elevating the track to another level with his rapping.”

Congratulations to Suran on her achievement!

BTS
Suga
Suran
Changmo
How does this article make you feel?