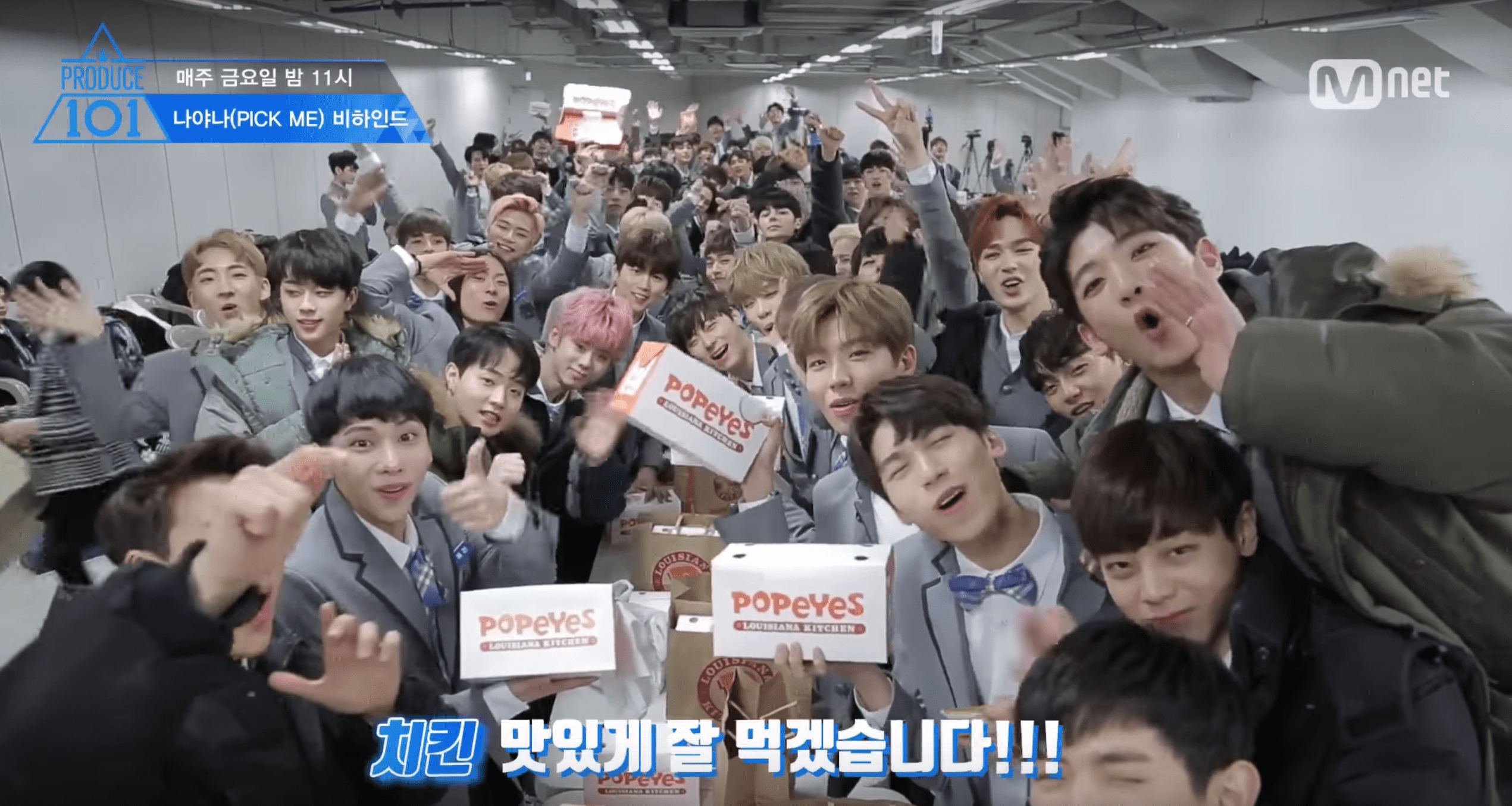 Watch: “Produce 101 Season 2” Releases Behind-The-Scenes Look At Their “Pick Me” Performance On “M!Countdown”

A month ago, Mnet introduced us to its “Produce 101 Season 2” lineup through their full-member performance of their theme song, “Pick Me,” on “M!Countdown.”

On April 26, Mnet released a behind-the-scenes look at that performance. The video began with the boys at a training center as they practiced their lines and worked on their choreography with dance teacher Kwon Jae Seung.

As trainees, many of the boys had never stood on a big stage like “M!Countdown” before and they joked around about their nervousness and their inexperience with finding the camera. They also continued to put in the work, practicing their choreography until the very last minute.

They were rewarded with a gift of fried chicken backstage right before they filmed their final stage. After it was over, they could relax by celebrating birthdays and filming a special White Day video for their fans.

Watch the behind-the-scenes clip below!