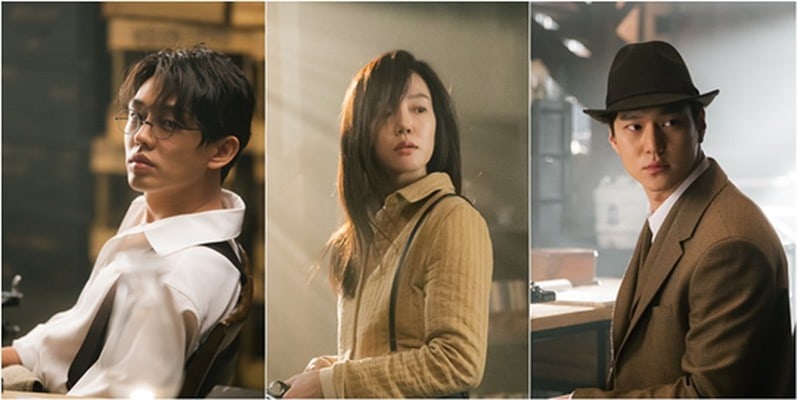 6 Reasons You Should Watch “Chicago Typewriter”

“Chicago Typewriter” is the new tvN drama that airs every Friday and Saturday. There was a lot of excitement surrounding this drama, especially because it was Lim Soo Jung’s return to drama-land since starring in her big hit drama “I’m Sorry, I Love You” — remember that amazing drama?! The fact that Yoo Ah In was also cast as the lead was enough to create a lot of buzz and excitement because he’s just that respected as an actor.

“Chicago Typewriter” tells the story of a famous writer named Han Se Joo (Yoo Ah In) who is experiencing writer’s block. During this stressful period in Han Se Joo’s life, he happens to meet Jeon Seol (Im Soo Jung) a hardcore fan of his, and Yoo Jin Oh (Go Kyung Pyo), a mysterious ghost writer who is incessant on helping him get through his writer’s block. The fate of these three characters are intertwined far more than they can ever imagine, as their relationship spans back as far as the 1930s. The mystery of the relationship between these characters takes viewers on a journey to figure out just how these three were connected in the past and how important it is that they help each other in the present.

If you’re looking for a really deep and compelling drama to watch on the weekends, look no further. Here are six reasons why you should watch “Chicago Typewriter.”

1. The star-writer we can relate to

Yoo Ah In plays Han Se Joo, a bitter, arrogant, and lonely writer who also happens to be idol-status famous. He spends most of his days in his study, working away on his computer, with no interruptions. He has no real friends; although his manager is the closest thing he has to a friend, it seems like he gets more annoyed by him if anything. Han Se Joo’s fear of being alone has left him miserable and anxious, pushing those he loves as far away from his life as possible. Although he feels like he’s built a strong enough wall to withstand being hurt and abandoned, it has left him far more vulnerable. Se Joo has experienced a lot of pain and hurt from his past. He was abandoned by his family and finds it difficult to trust people and let them into his life, which is why he is so rude to people and pushes them away. His need to feel independent and selfish comes from a lot of baggage. Although Yoo Ah In’s character is easy to hate and despise, there is a part of him that we can relate to and understand. Underneath the selfish and cold exterior lies a person who wants to be accepted and loved.

2. The setting and wardrobe

This setting. Is to-die-for.

I love how there are flashbacks to the 1930s and how it’s got this “Great Gatsby” feel to it. The production team did such a good job of bringing this period to life, effectively adding to the whole “writer” theme of the drama. 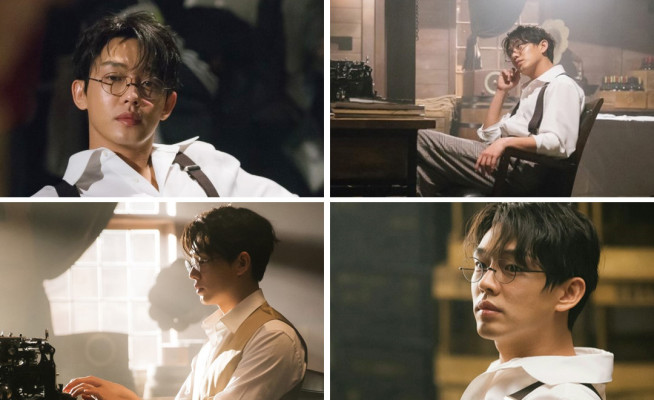 I can’t get over how amazing all the actors look in their ’30s outfits, as well as the vintage and old-fashioned vibe of everything. And maybe it’s the writer in me, but I can’t help but gawk at Han Se Joo’s library-esque abode.

As soon as they released the first song of this OST by Saltnpaper, I was thoroughly excited. Ever since their “Cheese in the Trap” OST, they left an impression on me, and I officially became a fan. This group is perfect for the tone and script of this drama. Soundtracks add another layer and dimension to a drama, which is why I’m thrilled that they’re on this one! Prepare your hearts, because it’s an amazing song.

In addition to Saltnpaper, SG Wannabe and Baek Yerin are also featured on the OST, all of which are hauntingly beautiful and add to the melancholy and nostalgic mood of the drama.

4. The actors and their natural acting skills 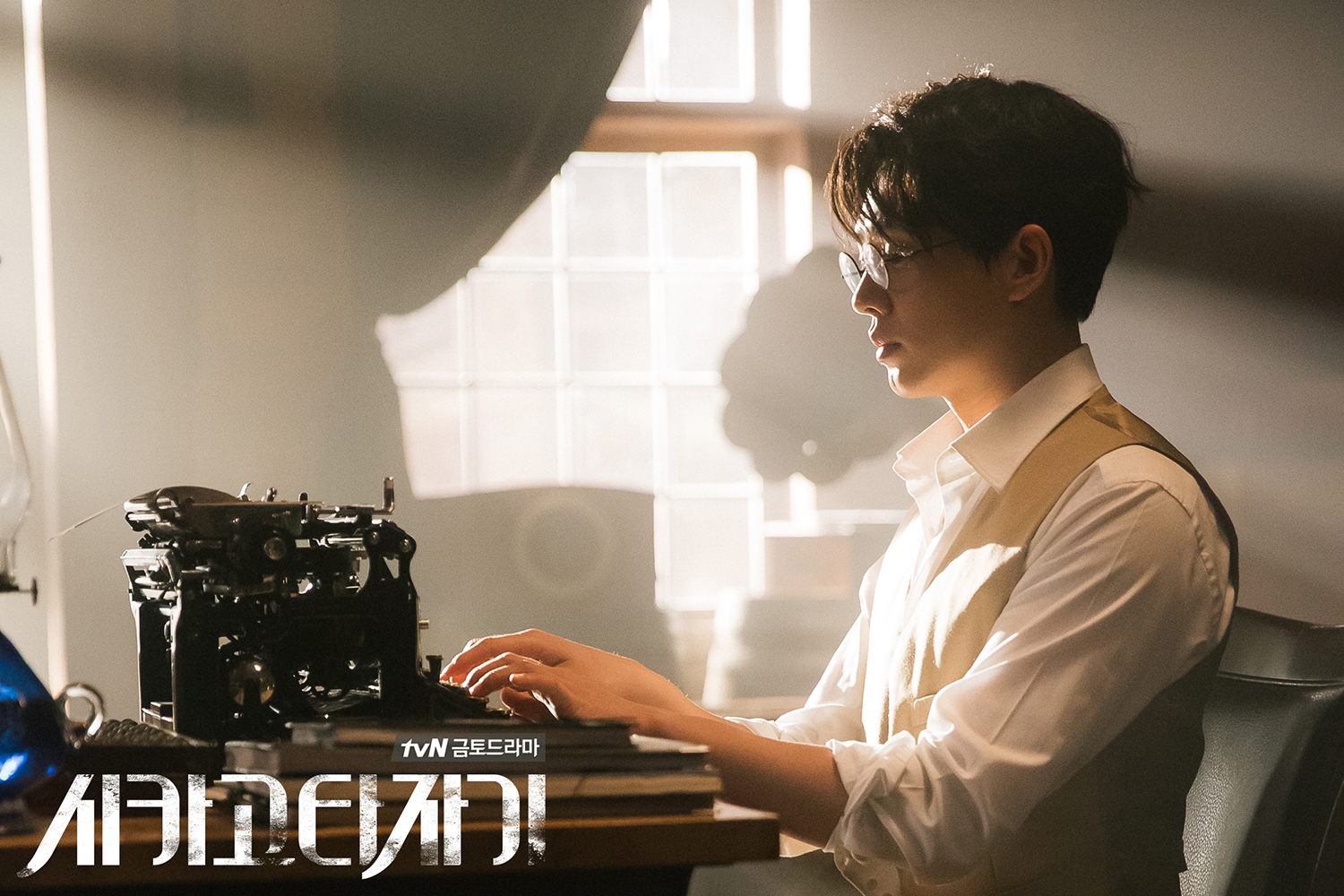 No matter what role Yoo Ah In takes on, you can guarantee a flawless performance. He’s a genius when it comes to the art, and this role is no exception. I can’t help but draw a stark comparison between Yoo Ah In and James Dean. They’ve both got that natural ability to draw a viewer into the character and story, which I completely see in this drama. I can see him relating to his character and taking on the emotions and turmoil of Han Se Joo, which makes me sympathize more with his character. 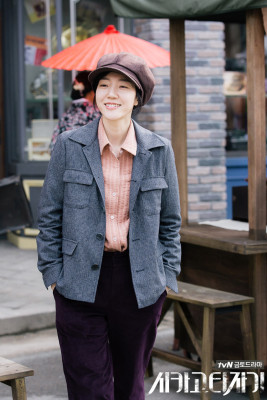 Im Soo Jung is so natural when it comes to acting. And this is obviously a result of many years of experience acting on the big screen. She makes acting look so effortless that I sometimes have to remind myself that she’s acting. I’ve really been enjoying her adorable character Jeon Seol and how she manages to have chemistry with all of the characters in the drama. Also, how badass did she look holding Han Se Joo’s stalker at gunpoint?! So cool. 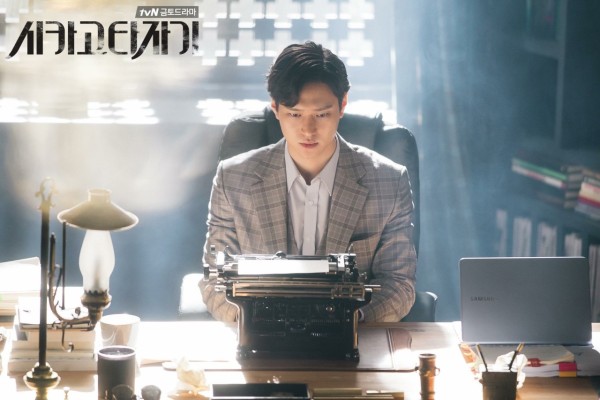 And of course, we can’t forget Go Kyung Pyo. He’s really been making a name for himself on the small-screen in the past year. Having co-starred in the hit drama “Don’t Dare To Dream” and managing to get a role alongside Yoo Ah In in this drama is respectable in itself. I can already see through his character in this drama as the ghostwriter Yoo Jin Oh that he’s matured quite a bit since his “Reply 1988” days.

Bromances are dominating the K-drama world these days. It definitely can’t be overlooked in this drama because these two are hilariously endearing. Something about their chemistry when they’re on screen together is captivating — maybe even more so than the main couple. Their love/hate relationship is fun to watch, especially because Yoo Jin Oh seems to follow Han Se Joo around like a puppy — and I mean this literally.

This bromance has hit just the tip of the iceberg. I’m sensing a cool camaraderie that will develop real soon, especially since there is a goal that they both have to achieve. Excited? YES.

I love that this drama revolves around writers and books. It’s got such a powerful message of hope and overcoming obstacles. Having watched “Dongju: Portrait of a Poet” last year, I found a lot of parallels between that movie and this drama. The whole idea of “a pen being stronger than the sword” and being able to create change from just writing is resonating so strongly in this drama. Han Se Joo’s passion to express his thoughts and feelings through his work is so inspiring to see, especially during the flashbacks to when Korea was being ruled by Japan.

The emphasis on this line can’t be more true in this drama, especially for Han Se Joo. It gave me goosebumps seeing how much Se Joo values and cherishes his ability to write.

Make sure you check out this really cool drama. Even Yoo Ah In insists.

Hey Soompiers, what do you think of “Chicago Typewriter” so far? Let me know in the comments below!