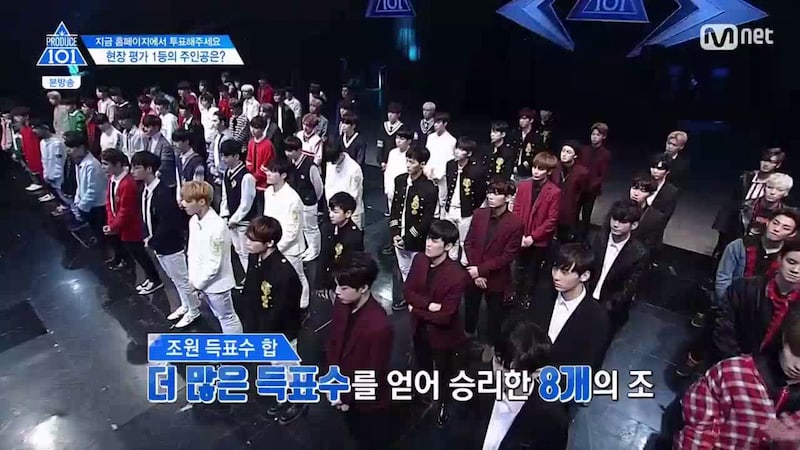 “Produce 101 Season 2” has reached a new high in viewership ratings!

According to Nielsen Korea, the fourth episode, which aired on April 28, recorded an average viewer rating of 2.392% nationwide, up from the 2.260% viewership rating of the previous episode. The ratings peaked at 2.8% when the two “Boy in Luv” teams were practicing for their battle.

In addition, the episode recorded an average rating of 1.9% and a peak of 2.2% for their target audience of the 15-34 age group.

This episode showed the remainder of the group battle performances and revealed the full on-site rankings. Check out the performances here!