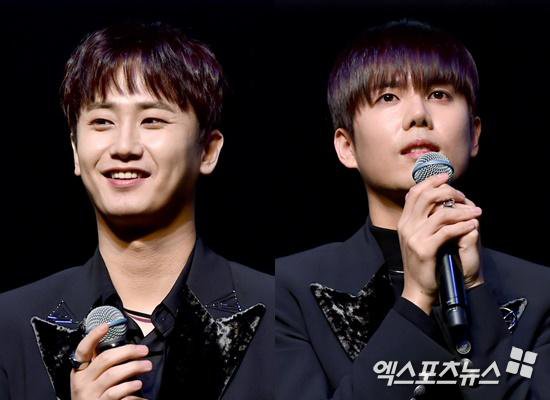 On April 29, Kim Hyun Joong held his fan meeting “Anemone” at Seoul’s Olympic Hall. As he was talking to fans, he shared, “I am thankful to Kyu Jong and Young Saeng who came today.” Thinking that they would be in the audience, he asked them to greet the fans, but they had already left at that point. In response, Kim Hyun Joong joked about them only updating their Instagram and going.

Meanwhile, Kim Hyun Joong was recently fined for driving under the influence. His company revealed that he will still proceed with his schedules as planned. In June, he will be starting his Japanese tour.