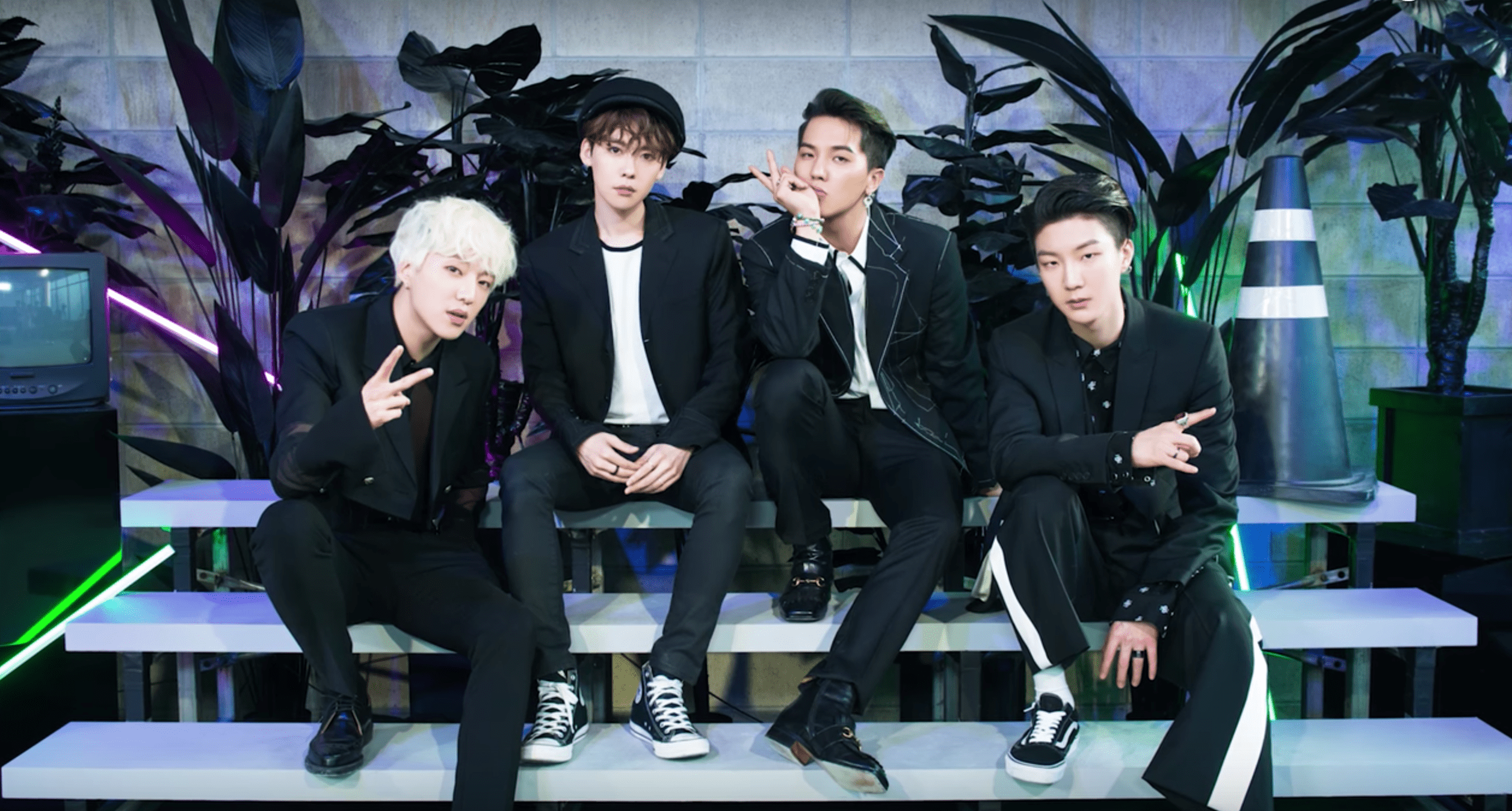 WINNER’s “Really Really” held on to the No. 1 spot for the second straight week despite facing serious competition from several female artists. This song picked up another two music show wins last week on “Inkigayo” and “M!Countdown.” Congratulations again to WINNER!

There are three new songs in the top 10 this week. Moving up 10 spots to No. 2 is EXID’s latest hit “Night Rather Than Day,” which is the title track from EXID’s third mini-album “Eclipse.” It is a dance song with a unique combination of modern and retro style sounds. The lyrics are about one’s preference of night time over day time when it is too busy.

Moving up 14 spots to No. 3 is Apink’s Jung Eun Ji. Her latest solo hit “The Spring” is the title song from her second mini-album “Space.” This folk style song is made for the early spring season with its beautiful guitar melody and lovely lyrics about the arrival of spring. “The Spring” won on “Show Champion” last week.

Both “Night Rather Than Day” and “This Spring” are very close to the top this week, and will battle for No. 1 next week along with IU’s new song “Palette,” which is expected to be on our chart next week.

The last new song in the top 10 is Zico’s “She’s a Baby,” which is currently No. 6 on our chart. Zico had a successful solo run last year, which earned him an award for Best R&B/Hip Hop artist in the 12th annual Soompi Awards. Now he is back with his latest hit “She’s a Baby,” a slow R&B song about a man who shares his candid feelings about the woman he loves.