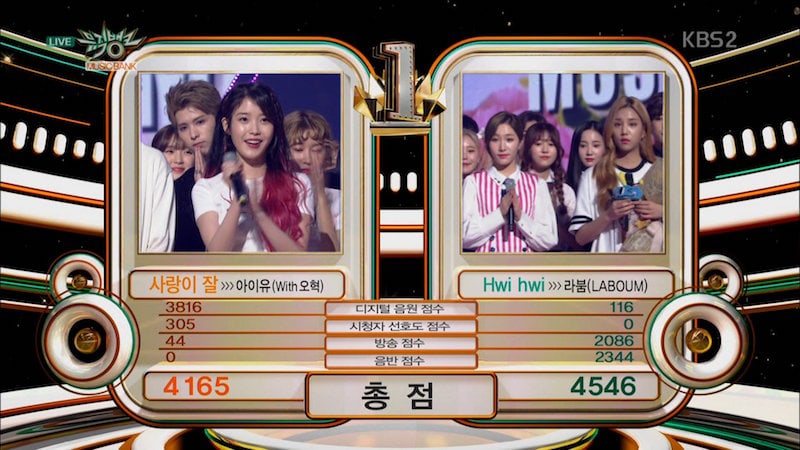 “Music Bank” has released an official statement on LABOUM’s win over IU on the episode that aired on April 28.

A source from the program stated that the winner is selected according to the ranking system indicated on the website, and that LABOUM won according to the criteria. They continued, “As IU is a very popular singer, and there has been a very positive reaction to her song, we were also surprised with the results of the winner. However, as the winner was selected with data, it is not something that we can change.”

IU
LABOUM
Music Bank
How does this article make you feel?