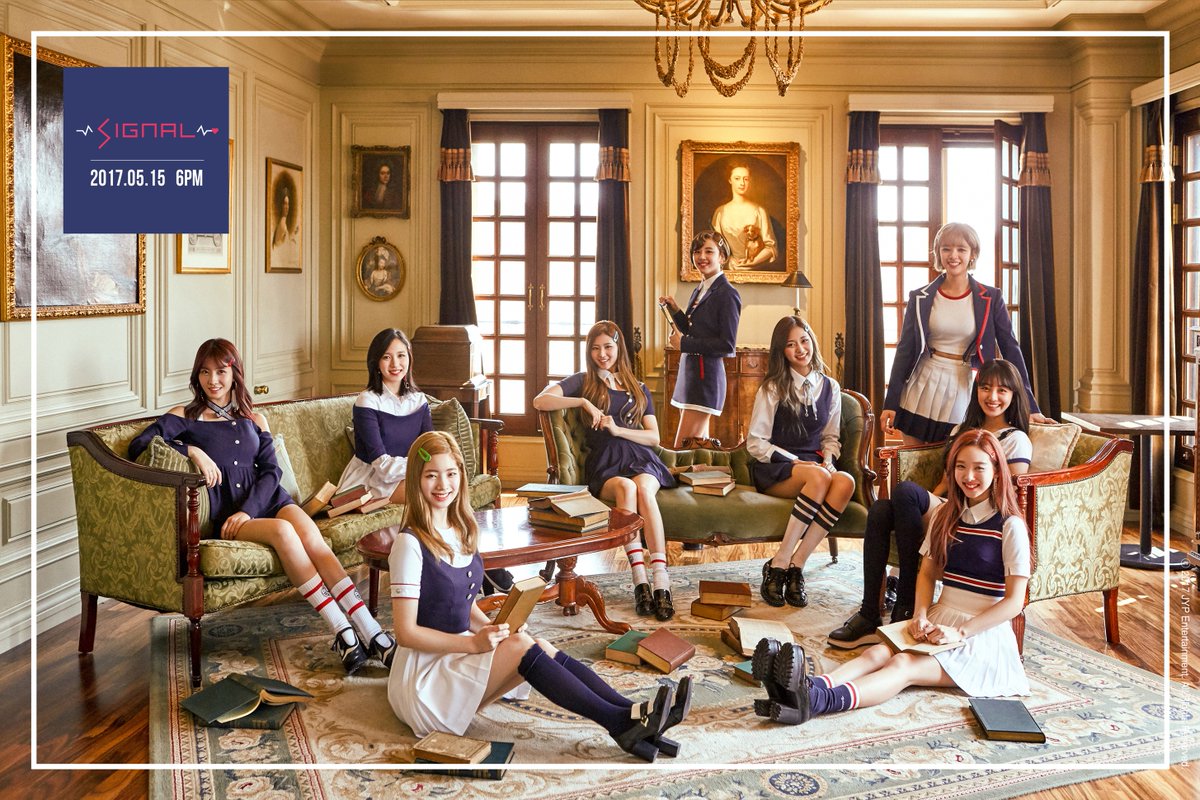 TWICE has now revealed a mysterious teaser schedule for their comeback, and each date is only captioned with the word “signal” and a number. It looks like they will be dropping a teaser everyday until the day of the song’s release, May 15. It also seems that TWICE will hold an encore concert of their successful “TWICE 1st Tour ‘TWICELAND -The Opening-‘” on June 17 and 18 at the Jamsil Indoor Stadium. 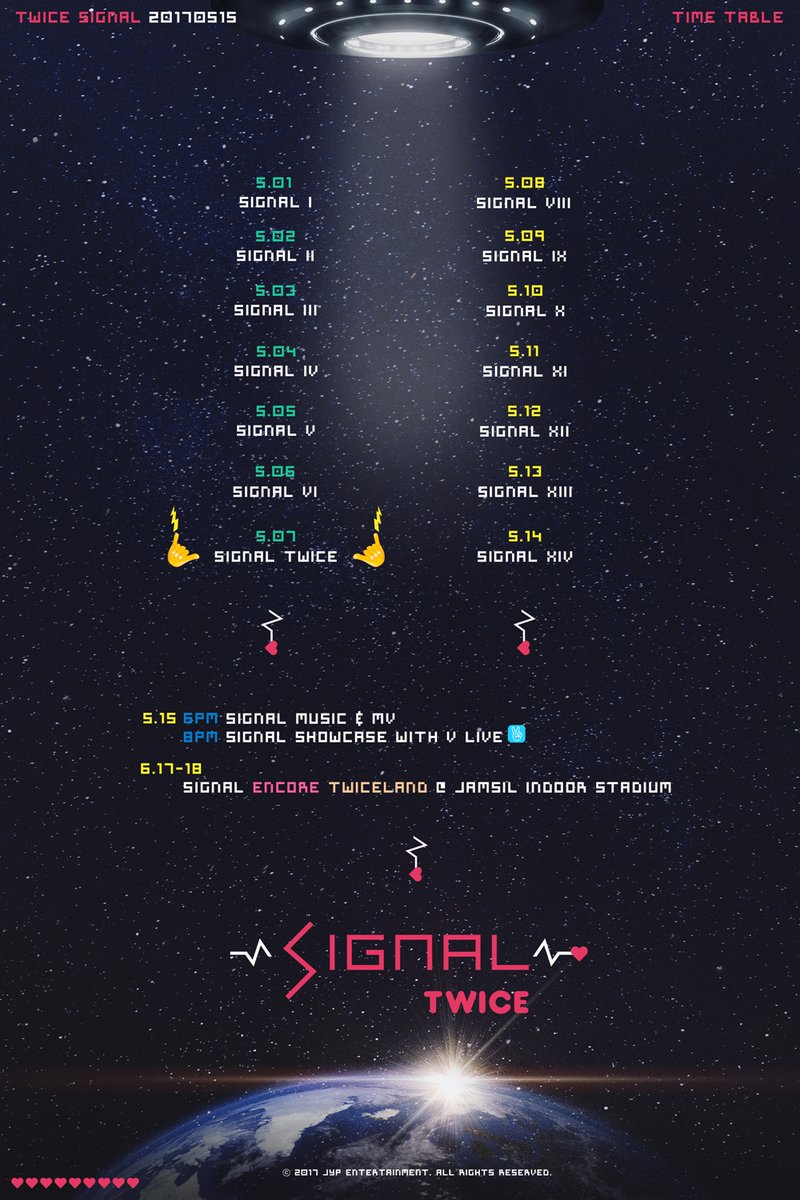 Also released was a new group teaser image of the girls (see featured image above). At first glance, it looks similar to the picture revealed previously, but they are all grinning widely in this one.

Judging from the images revealed so far, the concept seems to be related to UFOs and aliens. What do you think about this concept?

After announcing an imminent comeback in May and confirming an appearance on “Ask Us Anything,” TWICE has released their first teaser photo! 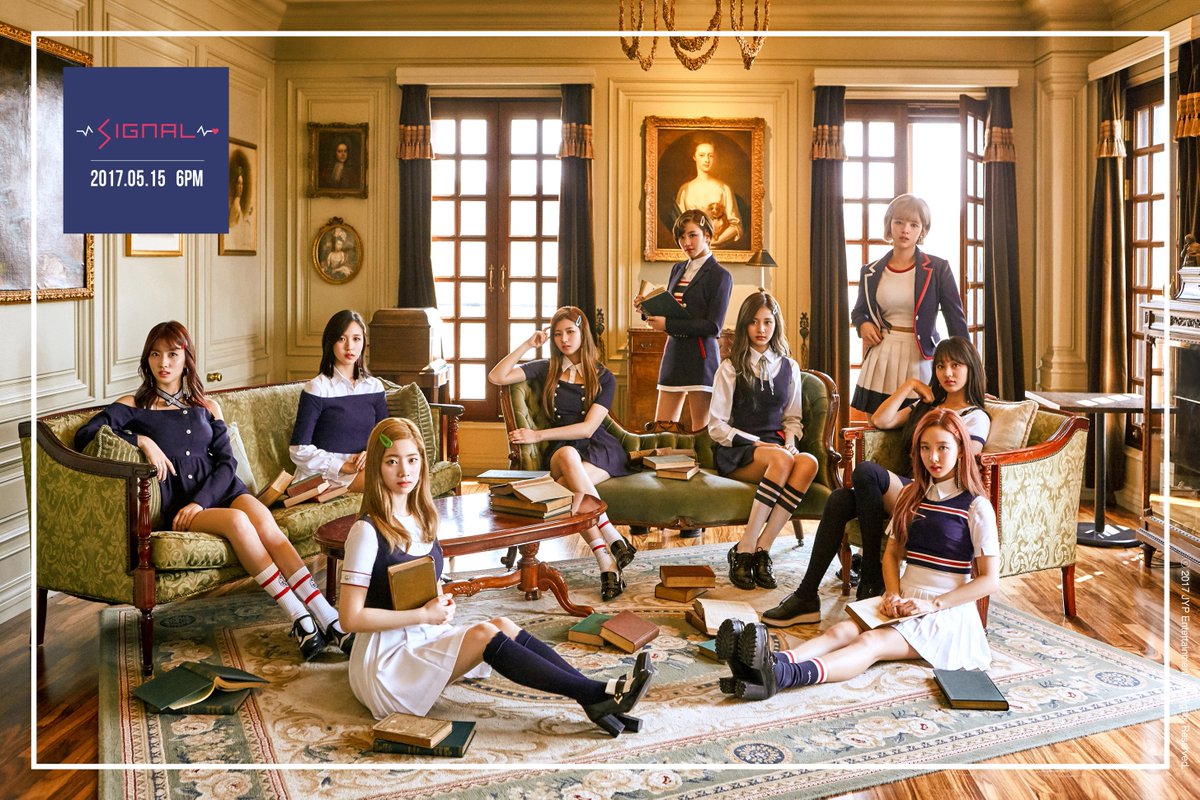 On May 1 at midnight KST, JYP Entertainment dropped a group shot of the TWICE members in their concept outfits on their official Twitter account. The teaser also revealed that TWICE will be making their return on May 15 at 6 p.m. KST and that the upcoming comeback is titled “Signal.”

TWICE had also previously announced that they would be working with JYP founder and producer Park Jin Young for the first time since their debut.

TWICE last made a comeback in February with the track “Knock Knock” off their repackaged album “Twicecoaster: Lane 2.” They will be making their debut in Japan in June after their domestic comeback in May.