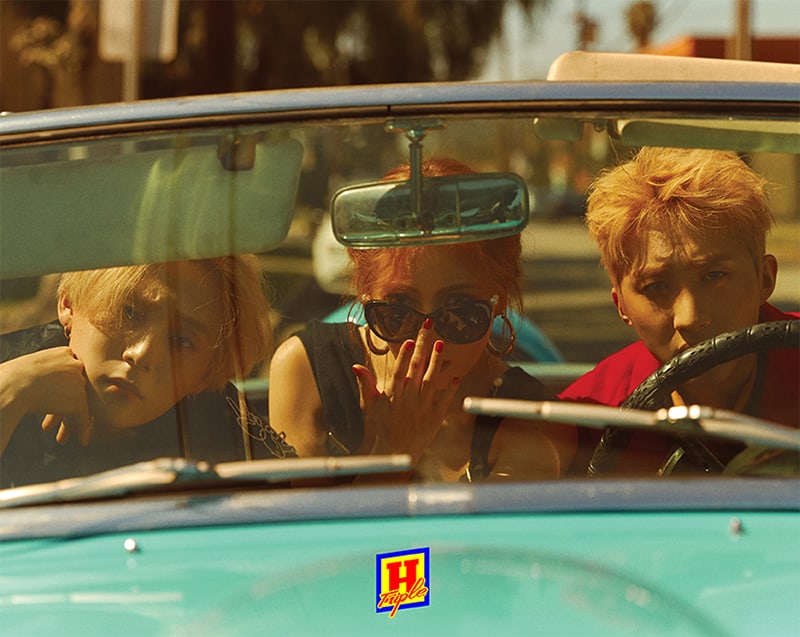 Triple H is made up of PENTAGON’s E’Dawn and Hui and HyunA, who is often known for her sexy concepts, especially as a solo artist and as part of her former subunit Troublemaker.

The music video for “365 FRESH” tells the story of three young people who have nothing left to lose and decide to live it up during their remaining days of freedom. It shares similar themes to the Hollywood film “Thelma and Louise.”

However, netizens have raised concerns about what they view as too much sexual content in the music video. Scenes like HyunA’s skin exposure, kiss scenes between the members, and one shot of the three of them sleeping in one bed have been flagged as potentially inappropriate for broadcast.

Many of the netizens were concerned about the impact of the video on young children if it was aired on a public broadcasting station. However, many other netizens argued that it was part of a concept and not out of line with what HyunA had done before.

What do you think about the issue?

HyunA
Triple H
How does this article make you feel?