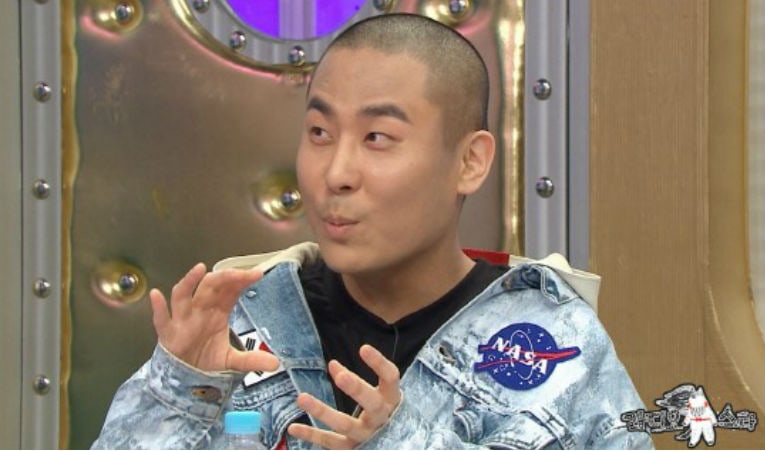 On the next episode of “Radio Star,” composer Rado will discuss what it is like to work with different girl groups.

Rado is one half of the songwriting and producing team, Black Eyed Pilseung, and Choi Kyu Sung makes up the other half of the team. Together they helped create SISTAR’s songs, “Touch My Body” and “I Like That.” Black Eyed Pilseung also are the producers behind TWICE’s debut title track, “Like OOH-AHH,” as well as “Cheer Up.”

While recording the episode, it was also revealed that Rado was a member of the group Someday, which sang “Do You Know?” for the soundtrack of the Korean drama, “Boys Over Flowers.” Not only that, but Rado is also the person behind the signature whistling line in duo Trouble Maker’s “Trouble Maker.”

SISTAR’s Soyou is also a guest on this episode, and it was reported that Rado used a comparison of “good and evil” to talk about SISTAR and TWICE, saying that SISTAR was the “evil” and TWICE was the “good.”

If you’d like to find out why Rado said what he said and how Soyou responded to him, don’t forget to catch the next episode of “Radio Star” on Wednesday, May 3.

You can catch up on the latest episode of “Radio Star” on Viki below!

black eyed pilseung
RADO
How does this article make you feel?