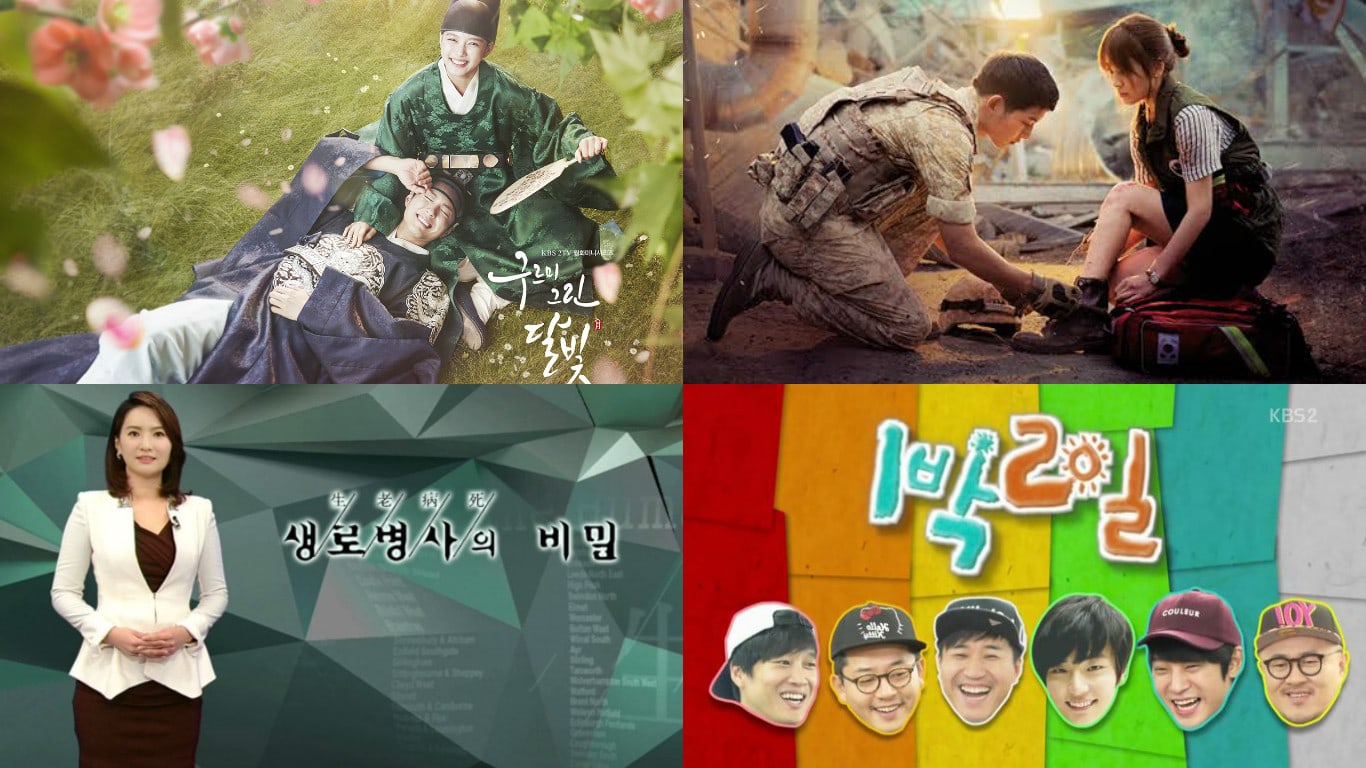 KBS was recently recognized for the quality and competitiveness of their contents, winning big at the 2017 WorldFest-Houston International Film Festival. All ten of the programs KBS submitted to the festival went home with awards, varying in genre from dramas to documentaries, entertainment programs, and investigative journalism.

“Descendants of the Sun,” “Imjin War 1592,” “Docu1 – A Cruel Gift,” and “The Secrets of Life and Death 600th episode special – The Miraculous Brain” won the Special Jury Award, while “Moonlight Drawn by Clouds” was awarded with the Platinum Remi. “KBS Special – Rooms for Youth in Basement, Rooftop, and Gosiwon,” “KBS Special – I am the Murderer: Confessions of the Real Criminal,” and “Singing Battle” won the Gold Remi, while “KBS Drama Special – A World Without Sympathy” won the Silver Remi and “2 Days & 1 Night – Sejong the Great and Hangul” won a Bronze Remi. 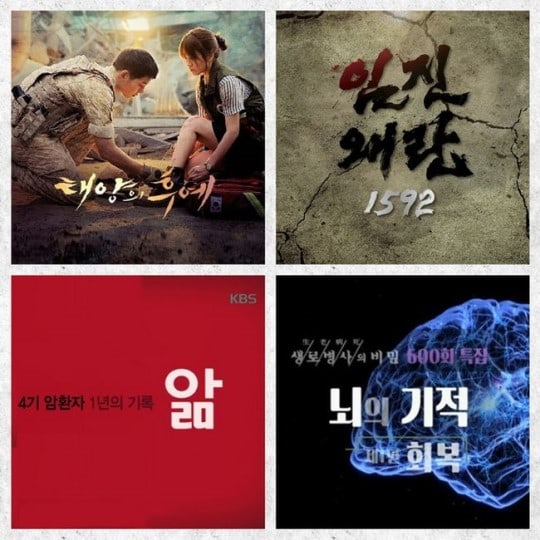 Amongst the winners, “Docu1 – A Cruel Gift,” “Imjin War 1952,” and “KBS Special – Rooms for Youth in Basement, Rooftop, and Gosiwon” had also been awarded at the 2017 New York TV & Film Festival that was held in Las Vegas on April 25.

The WorldFest-Houston International Film Festival began in 1961 and is an international festival that celebrates outstanding creativity in both movies and TV programs. This year’s event featured submissions for 4,400 programs from 43 countries, with 200 award categories. MBC’s 2016 drama “W” also took home a Special Jury Award at the festival.

Congratulations to KBS and all of the programs that won!

Descendants of the Sun
Love in the Moonlight
Happy Together
Singing Battle
How does this article make you feel?