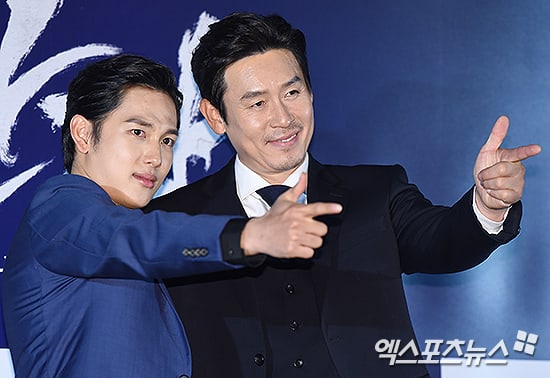 On May 2, sources in the film industry reported that Im Siwan would attend his first Cannes Film Festival this year.

Im Siwan and Seol Kyung Goo’s recent film “The Merciless” was selected by the 70th Cannes Film Festival for a midnight screening in the non-competitive division. However, Im Siwan is currently filming his MBC drama “The King Loves.”

A source from CJ, who is distributing the film, stated, “Im Siwan will be going to Cannes. But the details of his schedule have not yet been worked out. He doesn’t know his exact timetable yet.”

At a press distribution preview for the film on the same day, Seol Kyung Goo stated, “I will be attending the Cannes Film Festival. However, my exact schedule has not yet been determined. I haven’t been to Cannes in a while and I’m excited. Yesterday I met director Lee Chang Dong and we talked about Cannes.”

Kim Hui Won also confirmed that he would be attending for the first time.

Im Siwan said, “I’m currently working on a production. In addition, I still haven’t fulfilled my military duties. There’s a lot of things I have to consider. If it happens that I’m able to go, then of course I want to go.”

“The Merciless” will premiere in theaters in Korea on May 18.

Im Siwan
Seol Kyung Goo
XPN
The Merciless
How does this article make you feel?