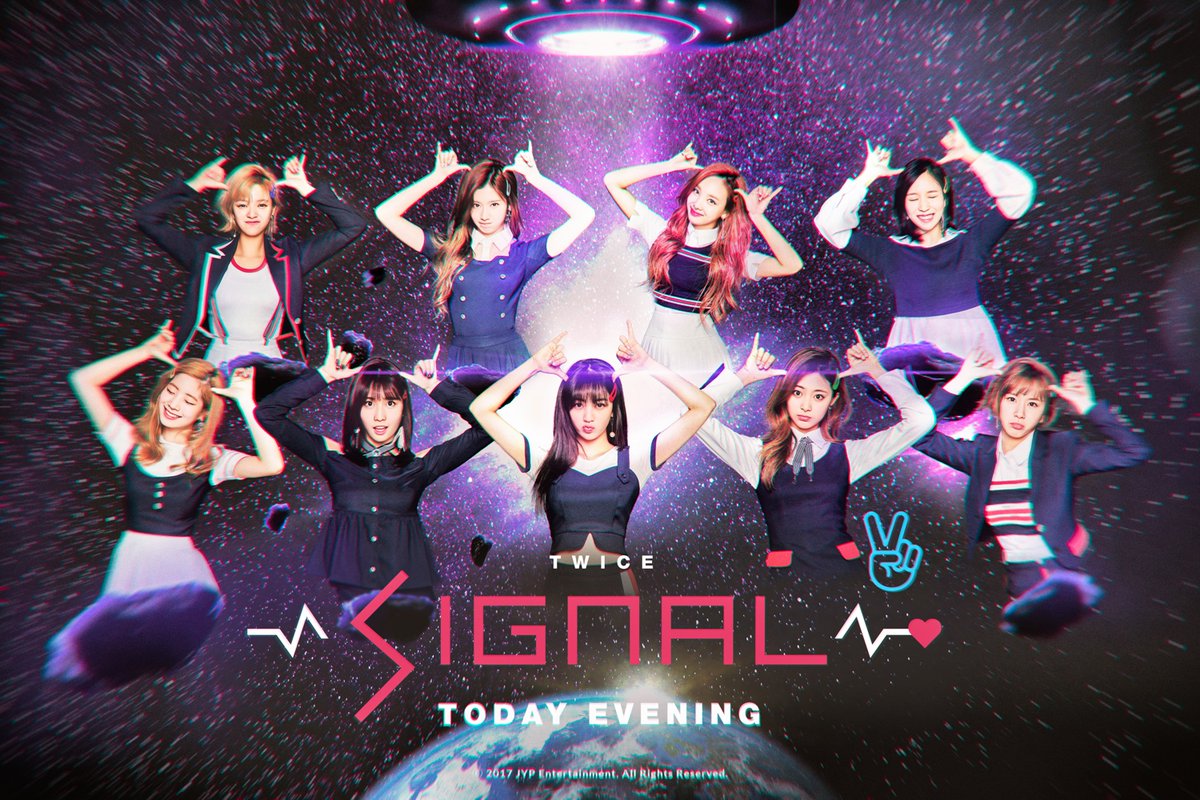 There’s never such a thing as too many teasers, and TWICE has released yet another teaser, just in time for a V Live broadcast they will be holding later this day!

TWICE has revealed yet another group teaser of the girls posing with similar somber expressions to those they donned in their first group teaser. 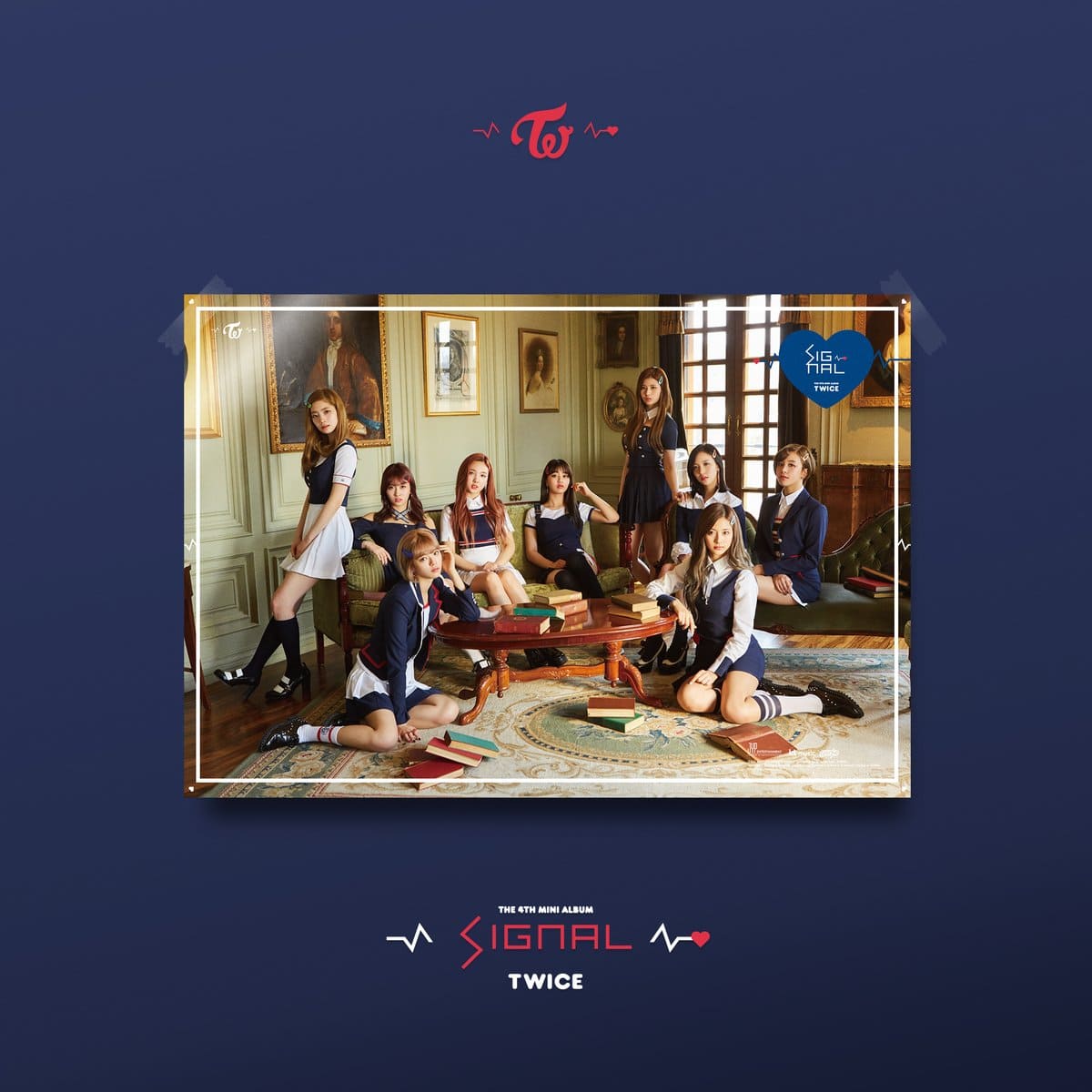 TWICE has unveiled the second set of individual teasers for Momo, Mina, and Tzuyu!

Following the first set with “Signal” poses, the members reveal their different superpowers in the new teasers. Check them out below! 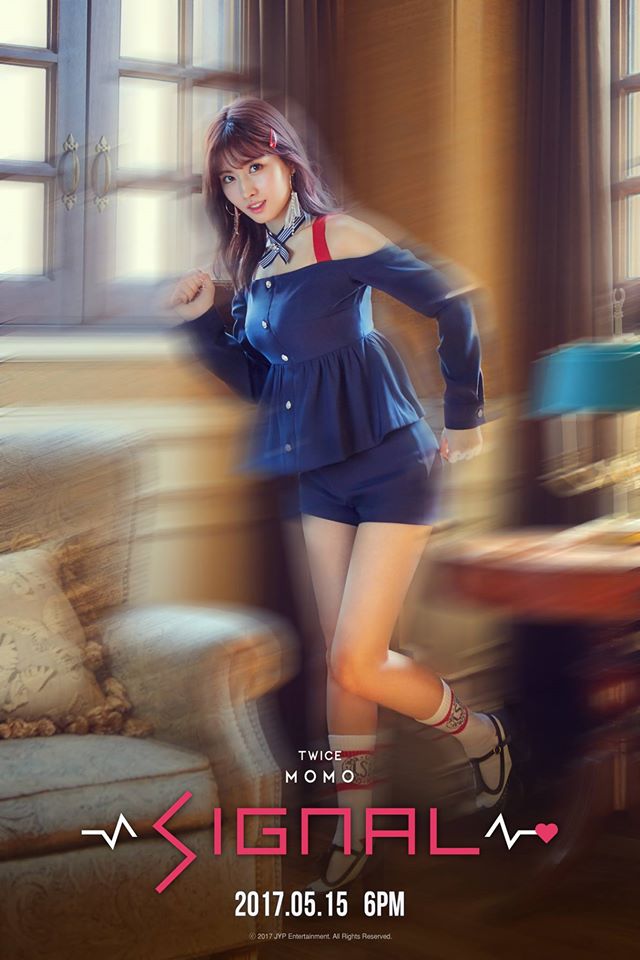 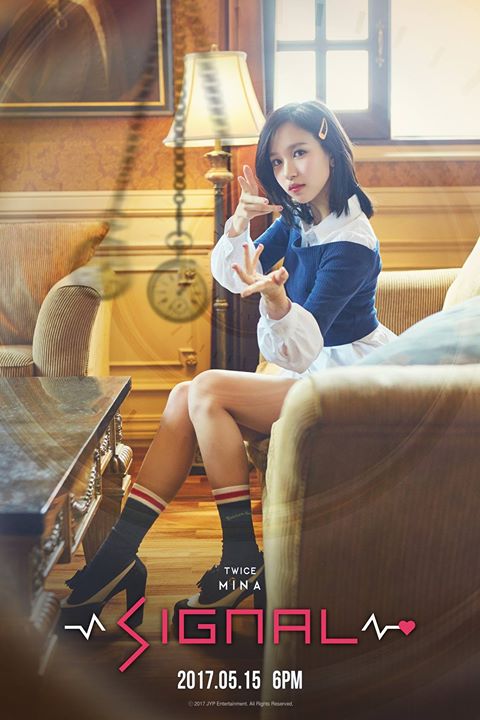 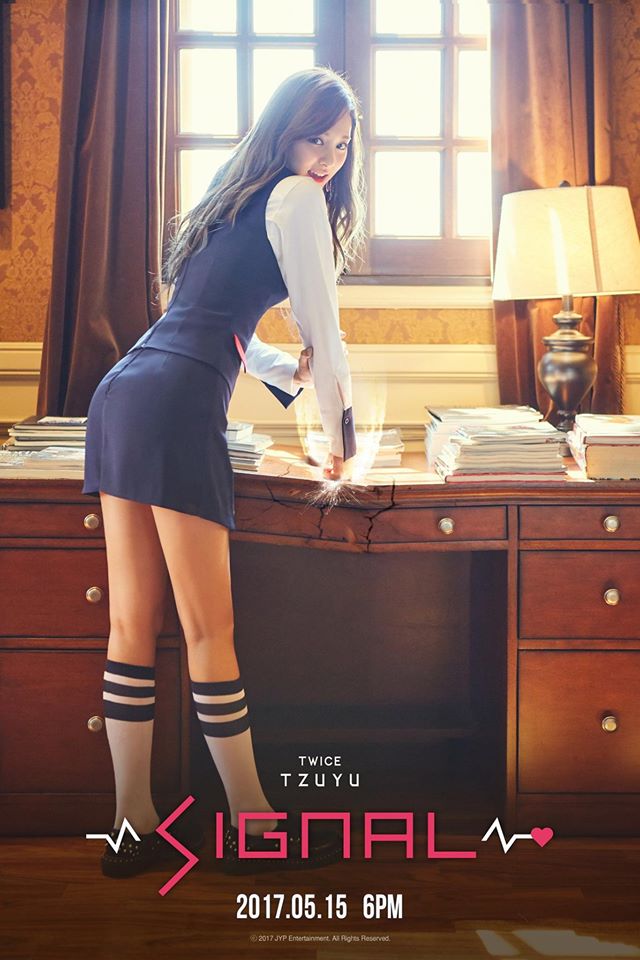 TWICE is back with another batch of teasers, this time for Momo, Mina, and Tzuyu!

Rounding at the first teaser theme, which shows the members posing for the camera with what seems to be the signature move from “Signal.” Each member injects her own personality into the photos, and it will be interesting to see what kind of superpowers these three will have in their upcoming teasers. 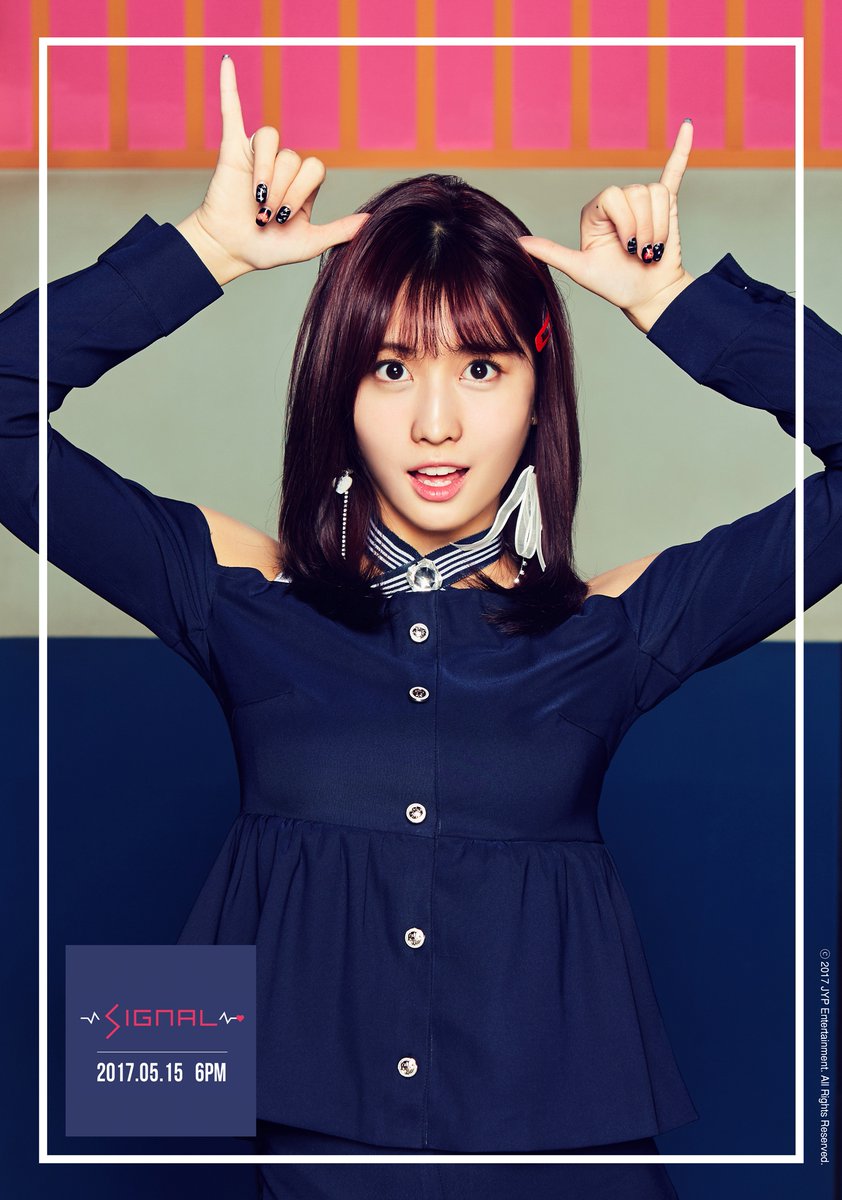 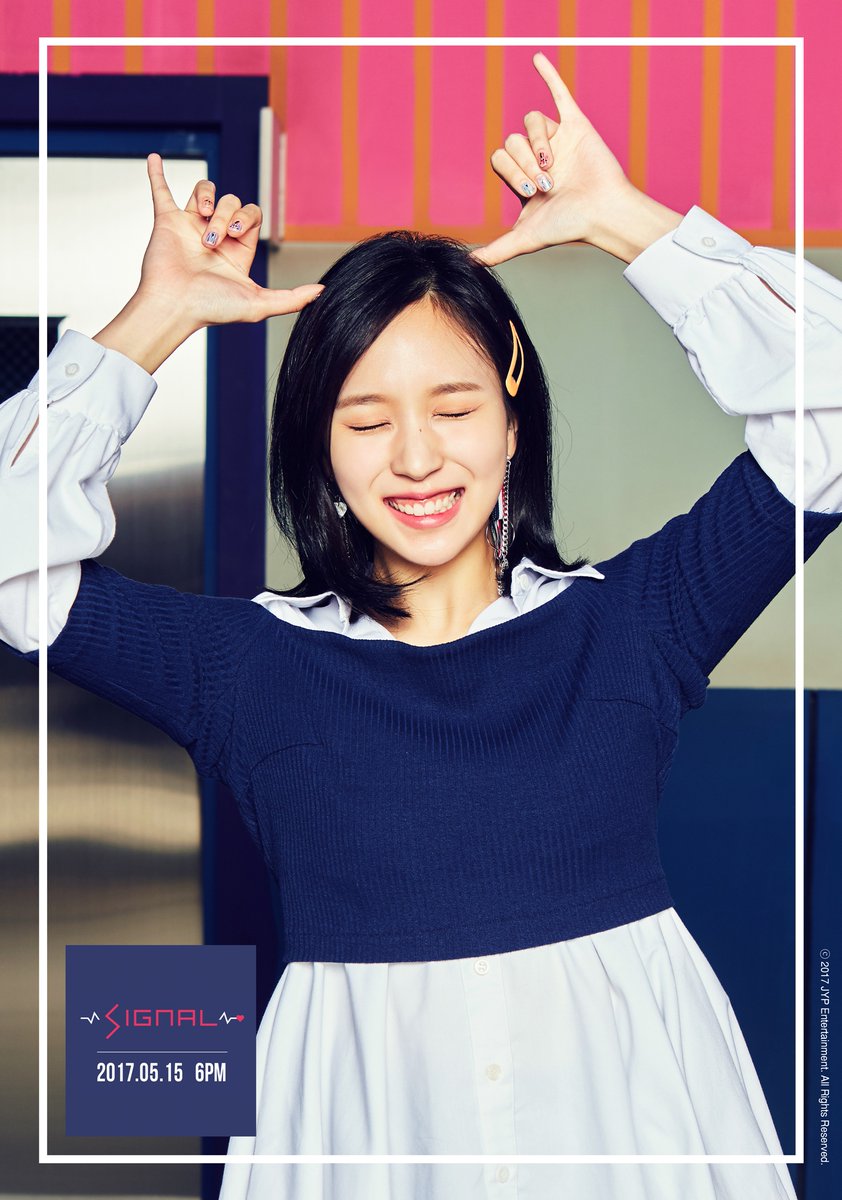 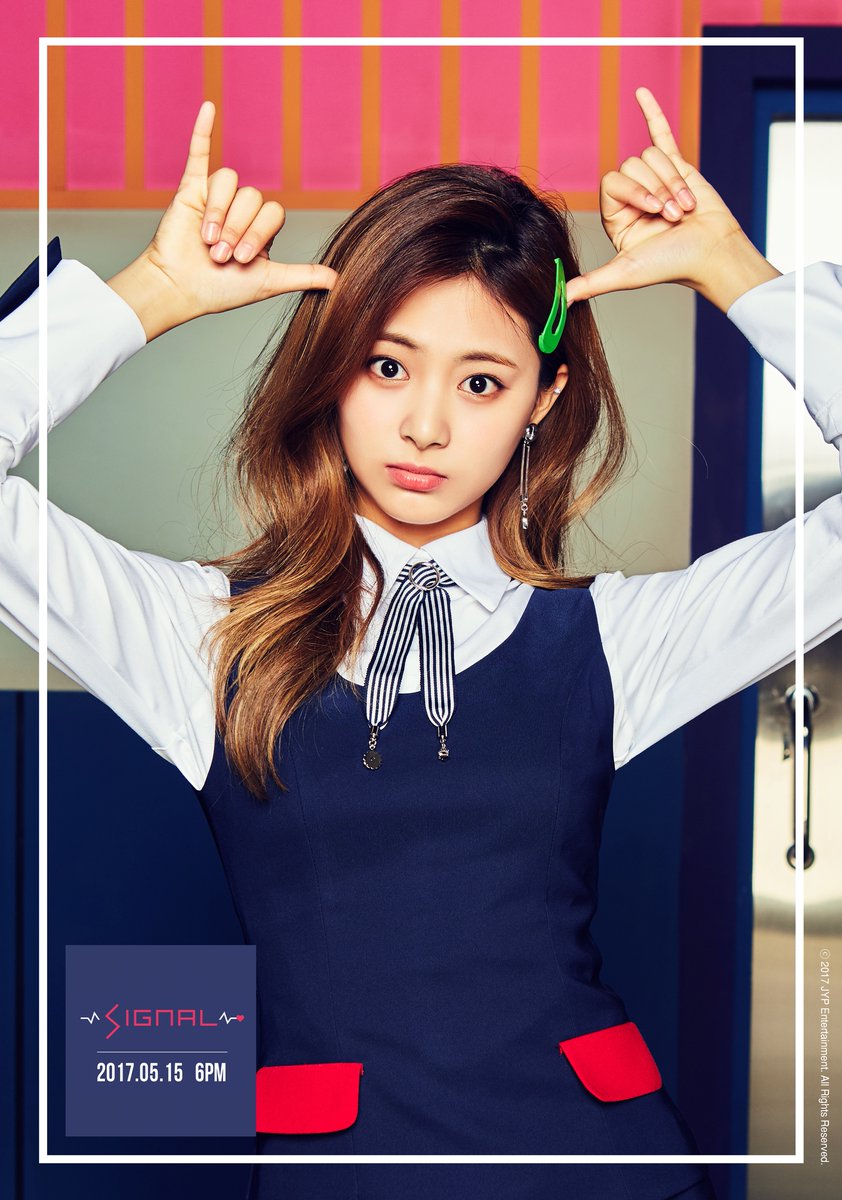 TWICE has released the second set of individual teasers for Jihyo, Jungyeon, and Chaeyoung! 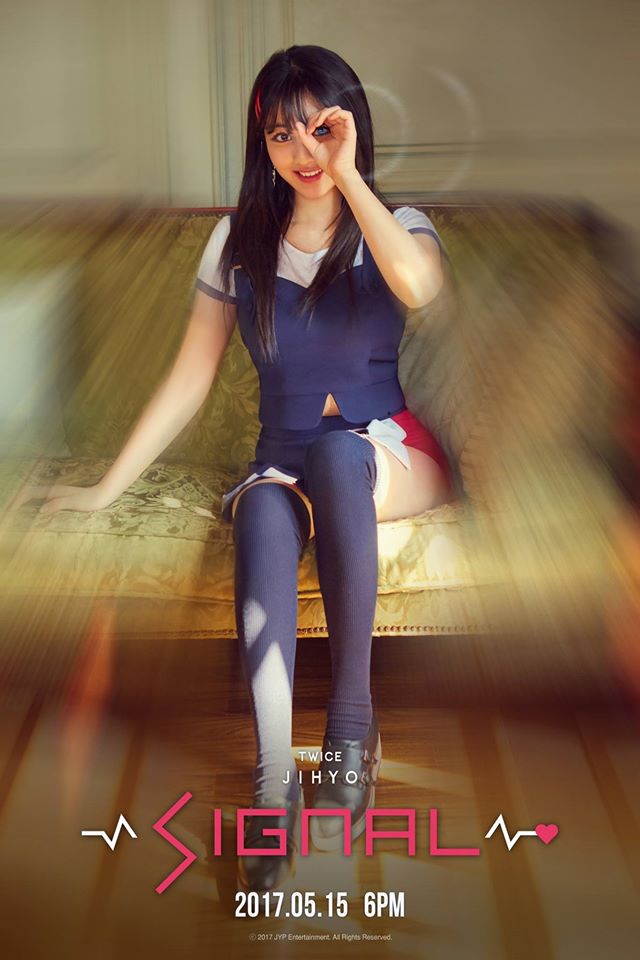 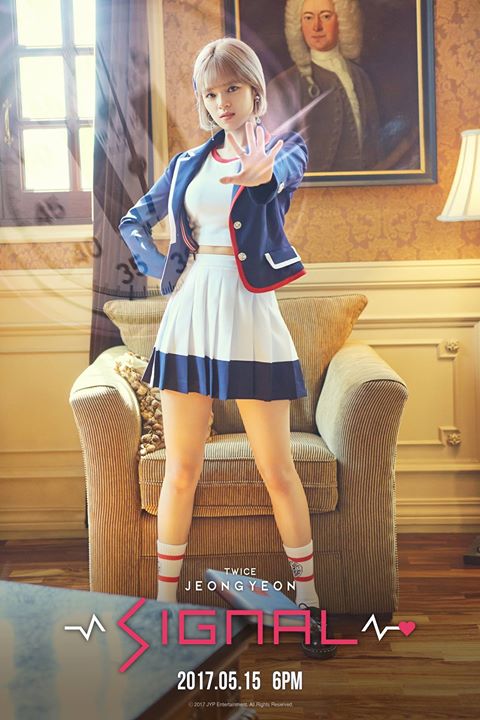 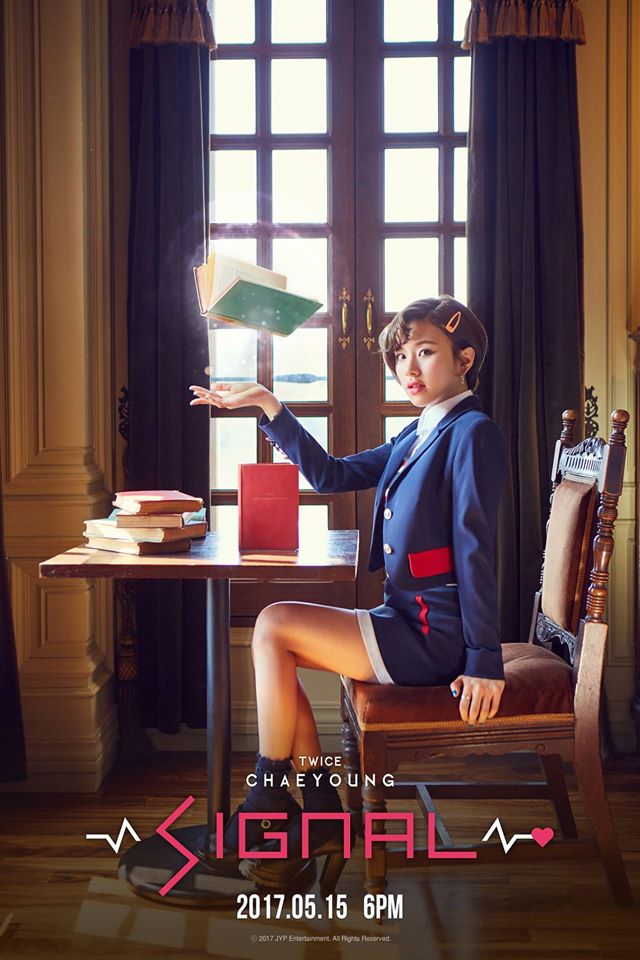 TWICE has released their second round of individual teasers, featuring Jungyeon, Jihyo, and Chaeyoung!

Like the first round of individual teasers, each girl is photographed doing the signature “Signal” pose, which mimics alien antennas or something similar. 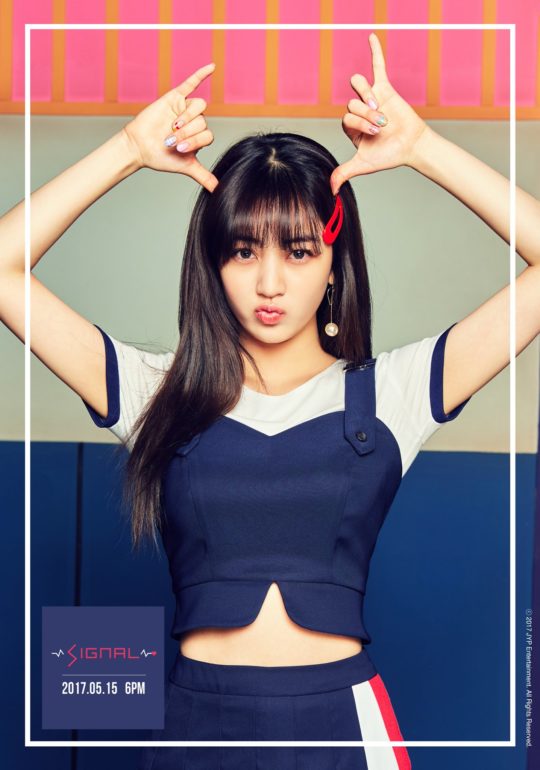 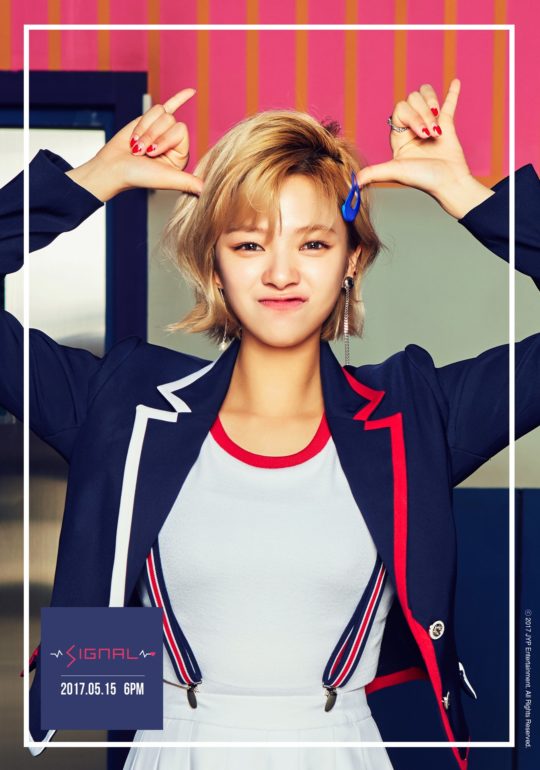 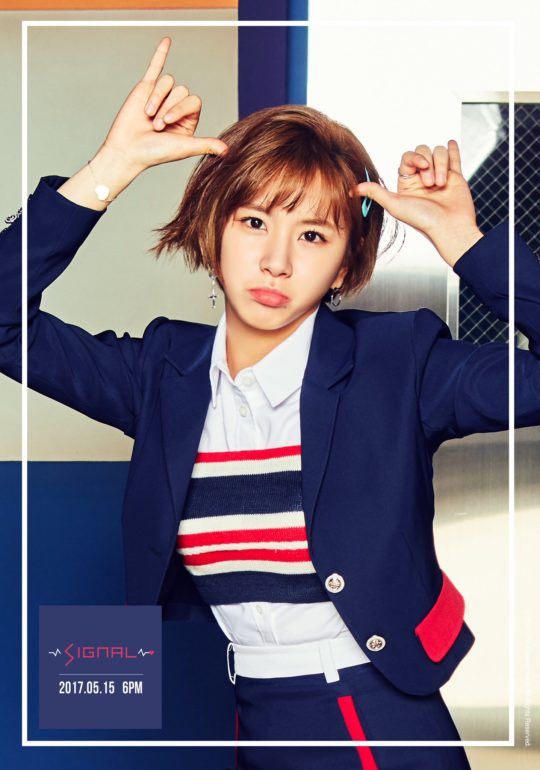 Another batch of individual teasers were released for the same members as last time, Nayeon, Sana, and Dahyun. 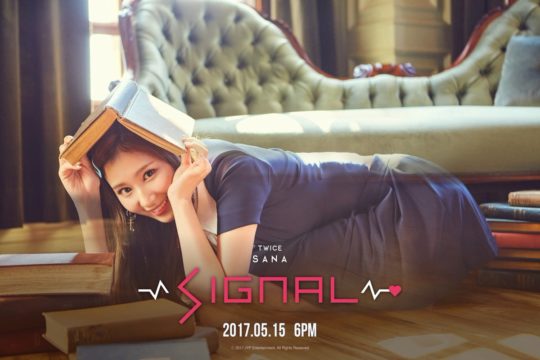 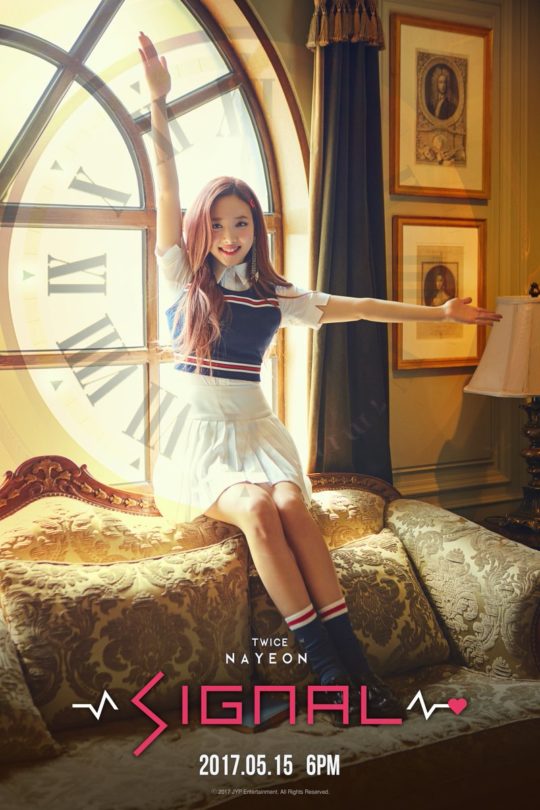 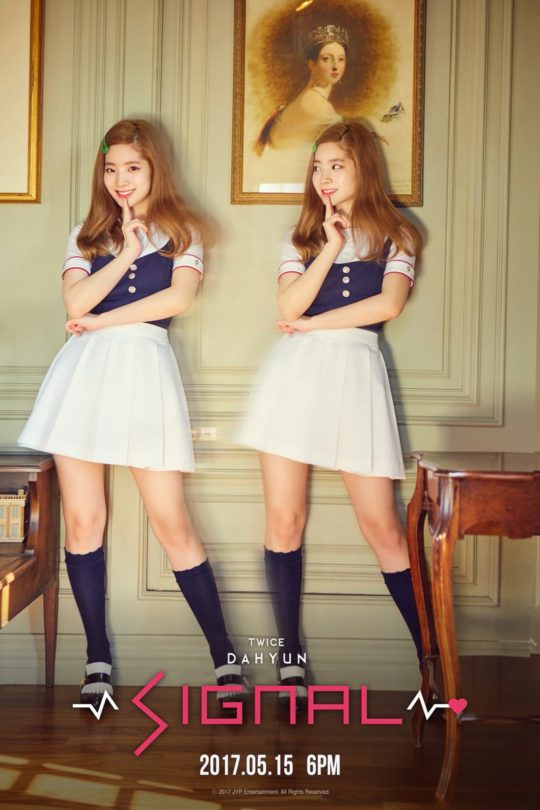 After releasing group teaser photos and a teaser schedule, TWICE has started the first round of individual teasers! 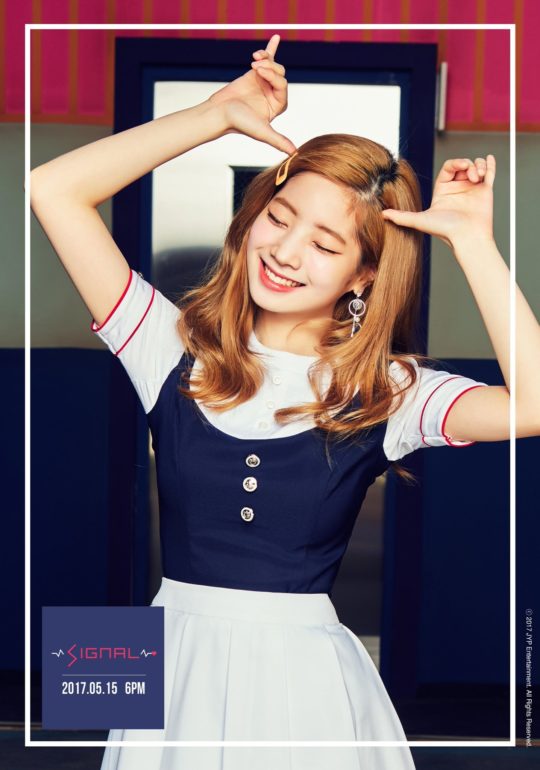 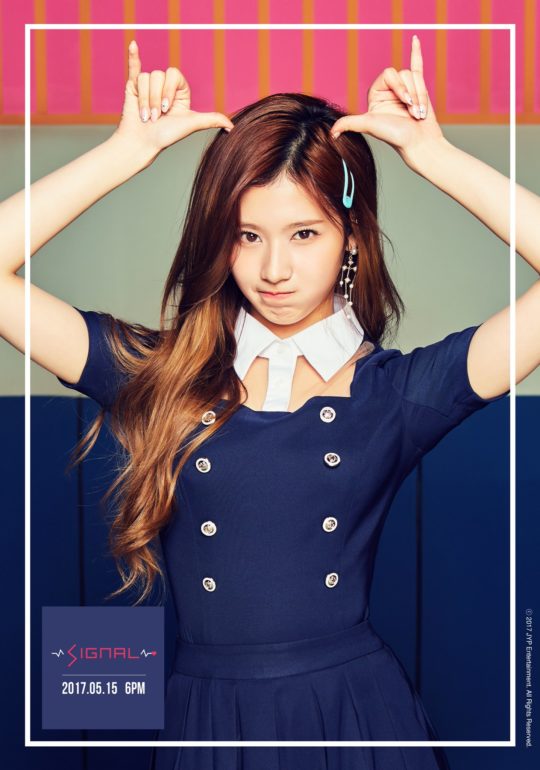 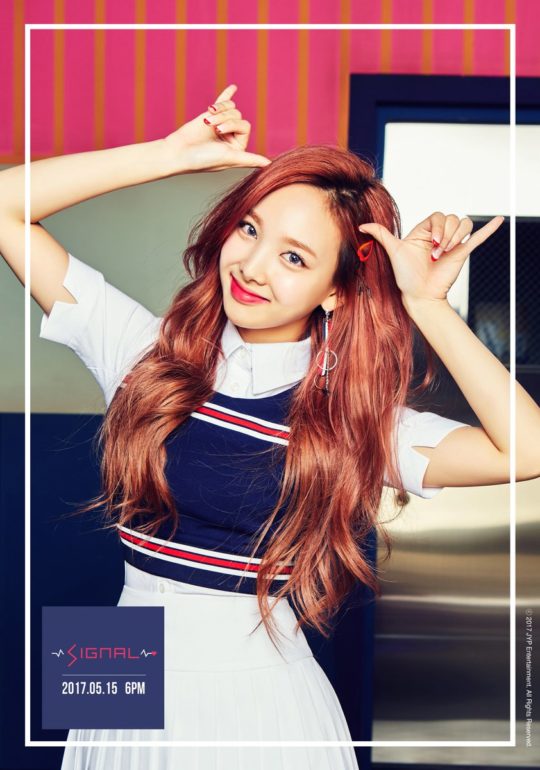 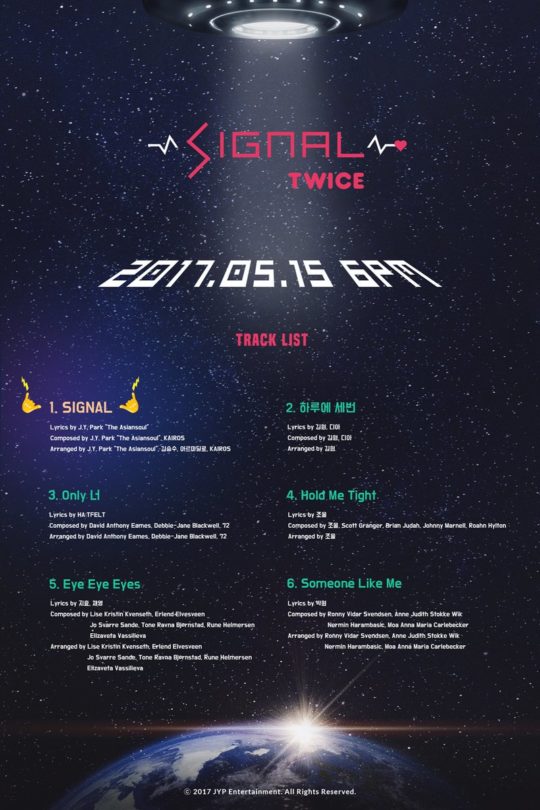 On May 3 at midnight KST, JYP Entertainment revealed concept photos of Nayeon, Sana, and Dahyun on their official Twitter page. Earlier they had dropped a tracklist for TWICE’s upcoming mini-album, “Signal.” The title track is also called “Signal” and is composed by Park Jin Young. Other notable tracks include “Only You,” with the lyrics written by HA:TFELT (Yeeun, formerly of Wonder Girls).