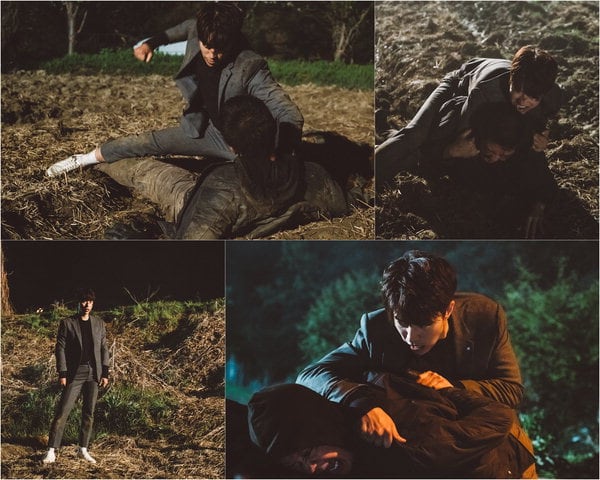 On May 2, OCN’s drama “Tunnel” aired some extra stills from the epic fight scene in Episode 11.

In the episode, Yoon Hyun Min and a serial killer (played by Heo Sung Tae) get into a fistfight. The scene, backed up by intense dramatic acting on both sides, lasted three minutes and left a big impression on the viewers.

Along with the stills, “Tunnel” revealed that it had taken 9 hours to film the fight sequence, starting from 8 p.m. and going until 5 a.m. Reportedly the actors kept on filming the scene until their clothes were torn and tattered despite the fact that it was not their first time that week filming through the night.

You can watch the latest episode of “Tunnel” on Viki below!