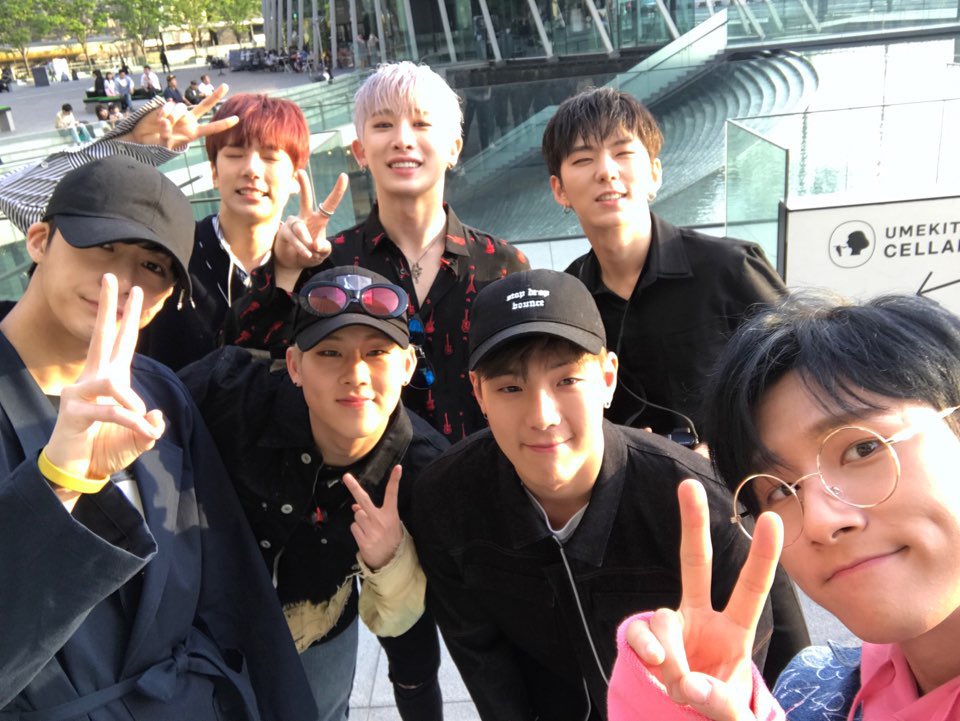 Since 2015, the members of MONSTA X have taken K-pop by storm with their bold, tough-guy image, hard-hitting choreography, and impressive discography. But most importantly, they have won the love of fans all around the world with their lovable personalities and wild antics. This list of the boys’ best moments is dedicated to all the Monbebes out there. Here’s to two years of making good memories with MONSTA X, and may there be many more good times to come.

When you Google “Hyungwon,” one of the top searches is “Hyungwon memes” for a reason. His facial expressions oftentimes have the perfect combination of subtle side eye and thinly-veiled confusion, with just a hint of internal screaming. Although anyone can acknowledge that Hyungwon’s face is objectively handsome, it is the paradoxical relationship of said good looks and these absurd derps that makes us laugh all the more.

2. Just how bad the members are at the Whisper Challenge

Which is, like, really bad. “If you touched it, you should take responsibility” turned into “If it tastes bad, you should go and eat something.” To their credit, maybe they were just hungry?

So I designed a lightstick for MONSTA X and us. Plus we can give Wonho his noodles, we can make it. What do u think? pic.twitter.com/Yvfz9soxDr

During their reality show “Right Now,” Wonho’s desire to eat only ramyeon became a running joke in the fandom. Seriously, it got to a point where the other members would get frustrated at him for not picking any other food to eat. See below:

Whatever you think this video might be, it certainly will defy your expectations. A mellow acoustic version? Nope. A beautiful ballad? Wrong again. This style (if you can call it that) is certainly unique to MONSTA X.

5. The thing where Jooheon always says his own name in his raps

You can’t listen to MONSTA X songs without hearing that signature “joOHEON” every once and awhile. While it is not uncommon for rappers to say their own names, something about Jooheon’s take on the tradition spurred Monbebes to make compilations, such as the one above. And quite frankly, it is a masterpiece.

6. Their cute bromance with SEVENTEEN

Although the boys have listed other idols as friends in the industry, there is something special about their friendship with SEVENTEEN. Their debuting within a month of each other really set the stage for a strong relationship between the two groups. From singing each other’s songs to just playing around, these boys always know how to have a good time.

At Fashion Week, I.M’s attempt at confessing his love to a Hungarian model ended in the most adorable way possible. And lucky for Monbebes everywhere, the moment was caught on camera for all time.

8. How cute they are with children

The entirety of MONSTA X-RAY EP 5 is a blessing to this world. You know how they say that a guy who’s good with kids is the one to keep around? Well here are seven boys who are straight-up husband material.

Happy anniversary to MONSTA X! Show some love to them in the comments below!