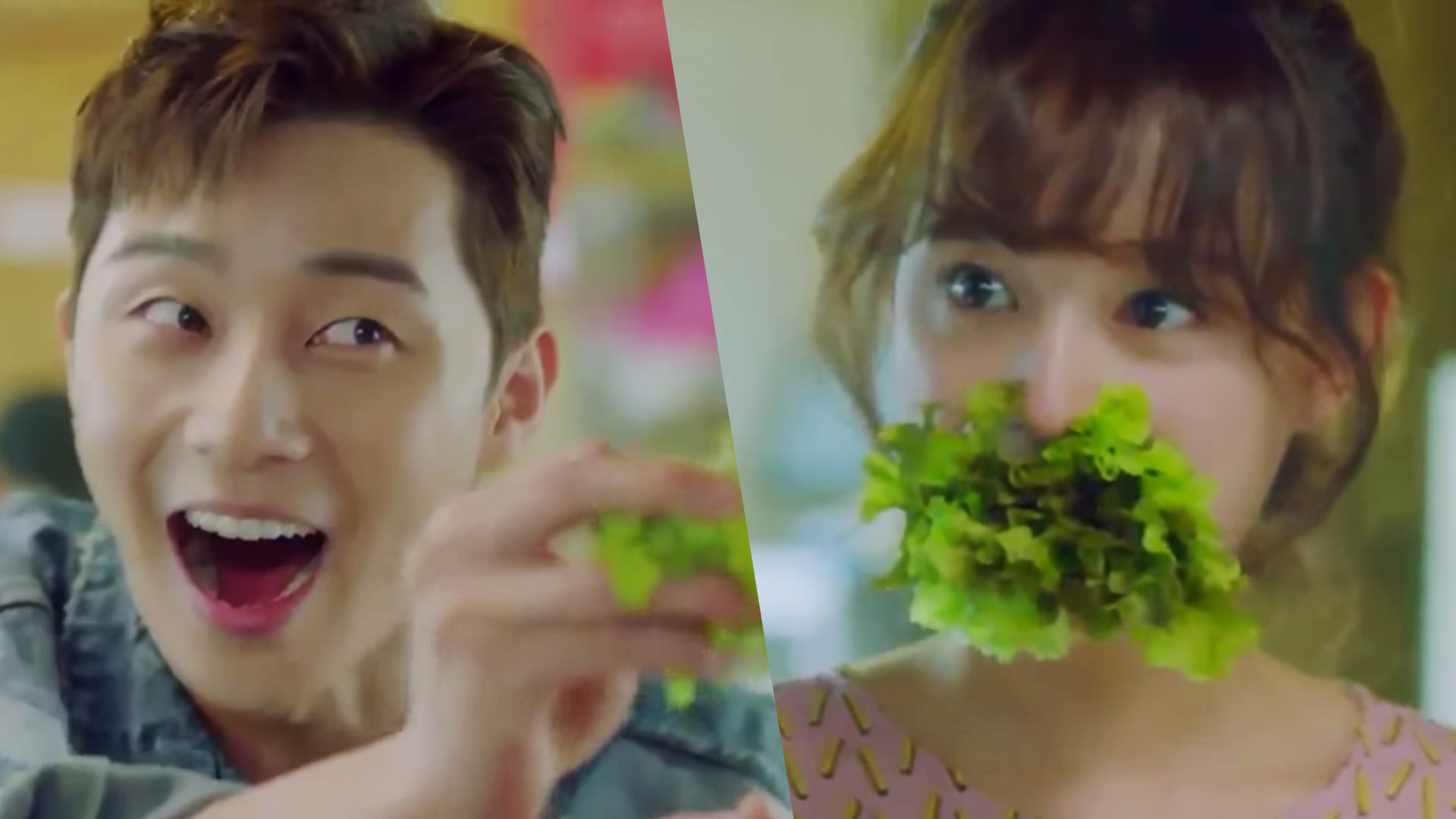 Watch: Park Seo Joon And Kim Ji Won Bicker Like An Old Couple In New Teaser For “Fight My Way”

In a hilarious new teaser for KBS 2TV’s upcoming drama “Fight My Way” viewers will be able to see lead actors Park Seo Joon and Kim Ji Won show off their chemistry with one another in an adorable way.

In the video, the two actors are sitting across a table from a long-term couple, played by Ahn Jae Hong and Song Ha Yoon. Song Ha Yoon asks Ahn Jae Hong in a cutesy voice to make her a lettuce wrap, to which Ahn Jae Hong replies while complying with the request, “I’ll make one just the way you like it.” The two couple look at each other lovingly while long-time friends Go Dong Man (Park Seo Joon) and Choi Ae Ra (Kim Ji Won) stare at them from across the table with looks of disdain.

Suddenly, Choi Ae Ra turns to Go Dong Man and asks in a lifelessly cutesy voice, “Ddong Man-ah, Ddong Man-ah, make me a lettuce wrap too.” Go Dong Man turns to her with an even greater look of disdain on his face and responds, “Are you crazy?” The two continue to bicker like an old couple over the trivial lettuce wrap, foreshadowing an amusing romance between the two characters.

The teaser previews an entertaining and unexpected foundation to the two characters’ relationship that will surely capture the hearts of viewers when the drama begins airing on May 22 at 10 p.m. KST. It will be coming to Viki, so stay tuned!