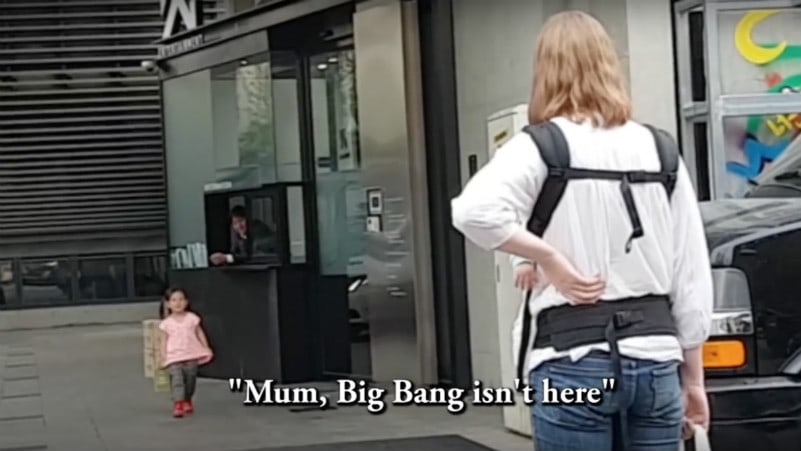 With BIGBANG’s unique style and catchy songs, it is no surprise that they appeal to a wide range of audiences, but who would have guessed that a four-year-old girl would be a VIP as well?

On April 24, a video titled, “4 YEAR OLD BIGBANG FAN WALKS INTO YG ENTERTAINMENT,” started to circulate online and has melted the hearts of K-pop fans everywhere. The video shows a girl named Alice, who was with her mom, visiting a friend in Seoul. When Alice sees the YG Entertainment building while passing by, she walks up to the security officer outside of the building and asks, “Is BIGBANG here?” According to the YouTuber, MyKoreanHusband, who uploaded this video, Alice thought YG Entertainment was BIGBANG’s home and insisted on checking if they were there. Alice is a huge BIGBANG fan, and has even been to their concert before. The YouTuber revealed, “Usually fans aren’t allowed right up to that area, but the security allowed her. Unfortunately, no BIGBANG.”

After watching this video, many have commented on how cute Alice is and people have said, “I am so proud of BIGBANG,” and “BIGBANG’s popularity is insane.”

Check out the adorable Alice and her love for BIGBANG below!