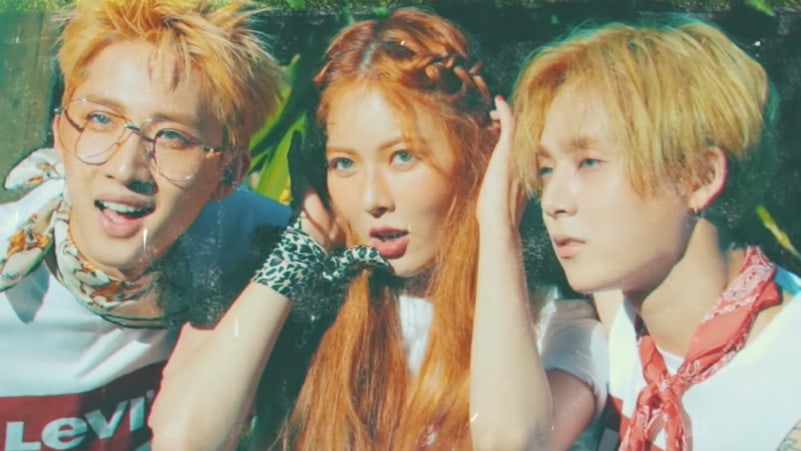 During the radio broadcast, HyunA explained why she made a comeback with Triple H instead of Troublemaker. “It was half my choice and half the company’s choice. I recently celebrated my 10th debut anniversary and my company suggested that I try something new. I liked the idea and that’s why I chose to make a comeback through Triple H,” she said.

Later in the program, the members talked about their first impressions of each other. Hui was the first to speak on this topic and said, “At first, I was afraid of HyunA, but now I feel comfortable around her because we are close.”

HyunA followed-up Hui’s statement and said, “Before we became friends, he couldn’t even look at me for more than one or two seconds. But now, he makes eye contact with me when we are talking and I like that.” E’Dawn also shared his first impression of HyunA and bluffed, “I wasn’t afraid of HyunA since the beginning.”

Having been in the industry the longest, HyunA also revealed how she tried to protect Hui and E’Dawn by forbidding them to check any comments related to Triple H online. “I was afraid that if they checked the comments and saw something negative, they would not be able to show everything they have to offer. Our song is really fun and I didn’t want anything to bring them down before performing,” she explained.