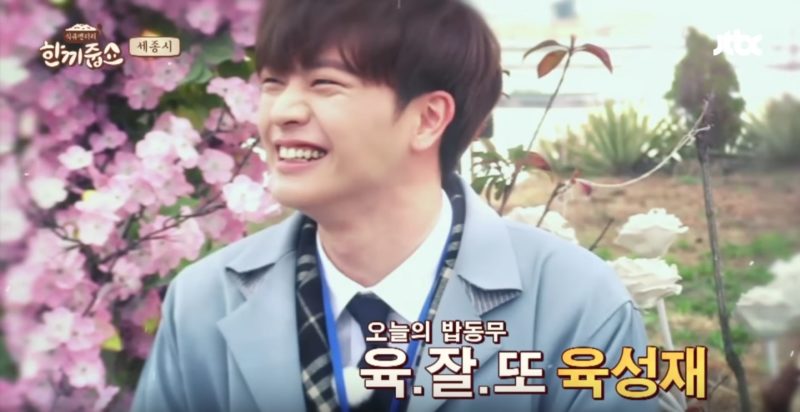 BTOB’s Yook Sungjae was one of the guests on the May 3 broadcast of JTBC’s “Let’s Eat Dinner Together.”

At the beginning of the show, hosts Lee Kyung Kyu and Kang Ho Dong had to guess the identities of the guests. Yook Sungjae and Lee Soo Kyung hid their faces as the hosts drew closer to their location. 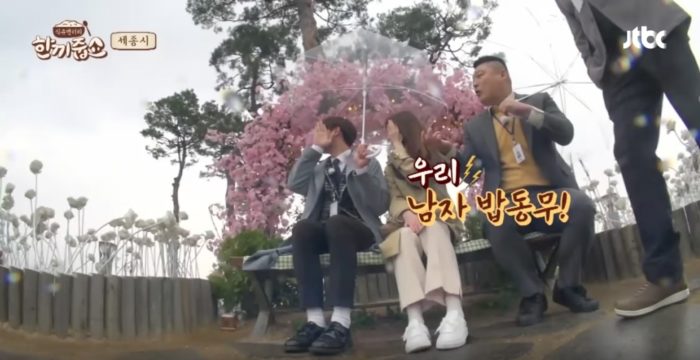 Kang Ho Dong asked Yook Sungjae, “Once your face is revealed, are you the kind of star that would totally surprise the viewers?” Embarrassed to describe his celebrity status himself, Yook Sungjae hesitatingly replied, “Recently I heard that my stock’s gone up,” and bent over in shy giggles. 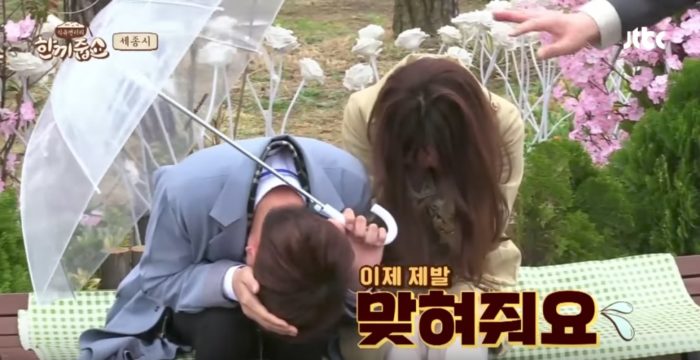 Sitting back up, his ears still red from the previous question, Yook Sungjae gave the hint that he recently saw Kang Ho Dong at a sushi restaurant. Kang Ho Dong immediately realized who it was, and pointing at Yook Sungjae, he shouted, “It’s one two three four five! Yook Sungjae!” (Yook Sungjae’s last name sounds the same as the Korean word for the number six when counting). 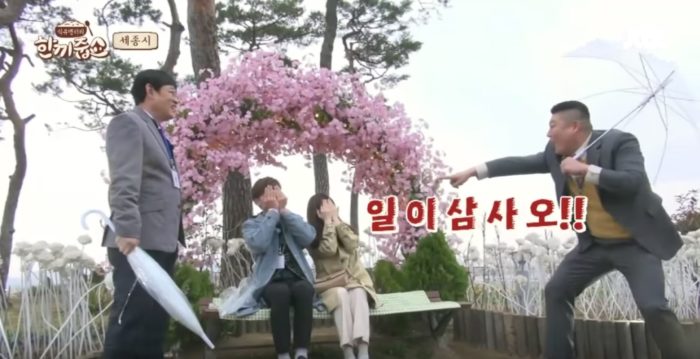 Once Yook Sungjae revealed his face and greeted the hosts, Kang Ho Dong immediately began making a fuss about how the last drama Yook Sungjae acted in, “Goblin,” was a huge hit. Kang Ho Dong began to mime a sword in his chest in reference to the drama, surprising Yook Sungjae into more embarrassed laughter. 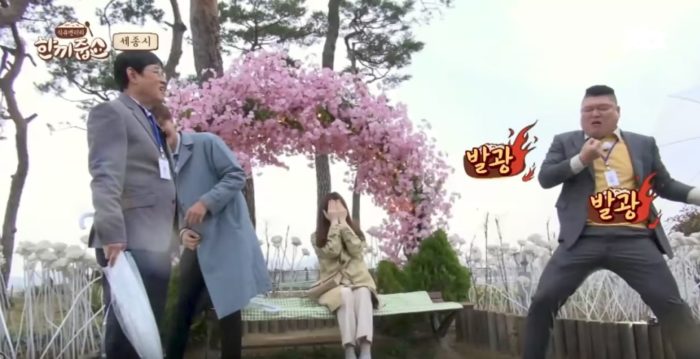 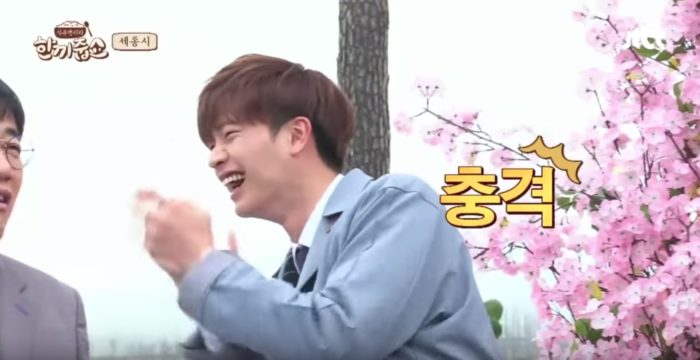 Recently, it was announced that Yook Sungjae participated in filming the pilot for new variety show “Secret Variety Training Institute.” The show was hosted by HaHa and Noh Hong Chul, and the episode features many other guests such as WINNER’s Song Mino, EXID’s Hani, Apink’s Bomi and more. The first episode of “Secret Variety Training Institute” airs tomorrow, May 5 at 6:20 p.m. KST.

BTOB
Yook Sungjae
Let's Eat Dinner Together
How does this article make you feel?