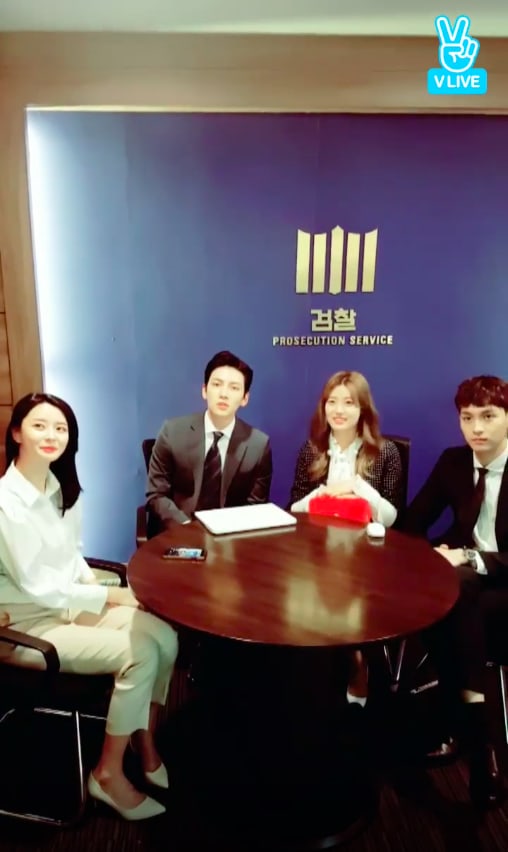 As they were talking and showing off their great team chemistry, the question came up of deciding their ratings promises. The cast decided to aim for 15 percent for the promise, and they rolled dice to determine how many words they could use for their promise.

Nara rolled a five, and she said “Will gift a coffee truck” and explained that it is something that she has always wanted to do. She decided on handing out coffee to passerbys at Myeongdong. Then Ji Chang Wook rolled a three, and he simply said, “We will go.” Nam Ji Hyun then rolled four and continued with Ji Chang Wook’s promise, saying “Wherever you want us.” Finally, Choi Tae Joon rolled one, and he had trouble coming up with anything. A staff on site told him, “Dance,” and he wittily responded that him dancing would cause harm. Ji Chang Wook concluded by organizing their promises, declaring, “If our ratings pass 15 percent, we will go wherever you want us. We will give you coffee, we will dance for you, and we can give speeches.”

The first episode of “Suspicious Partner” airs on May 10 at 10 p.m. KST. Check out a teaser video here!