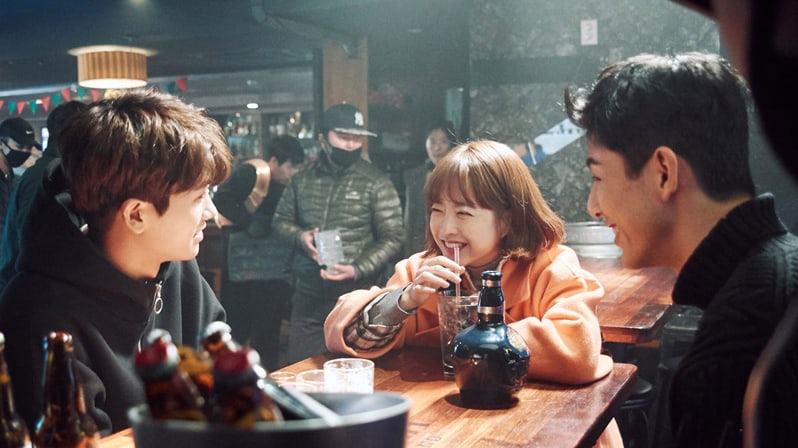 In a recent interview, “Strong Woman Do Bong Soon” star Park Bo Young talked about a group chat that she and her co-stars used to become closer before beginning filming for the popular JTBC drama.

As she has generally worked with male co-stars who are older than her, Park Bo Young inevitably had concerns about working with Park Hyung Sik and Ji Soo, who are both younger than her; however, it turned out she had nothing to worry about. She explained, “They both took care of me really well. Park Hyung Sik is like Ahn Min Hyuk in that he is very playful and bright. Sometimes I wondered if it was even possible for someone to be as bright as he is. He created a great atmosphere for filming when he was on set. Ji Soo is both clumsy and very serious, which is a very amusing combination.”

Before filming began, the three actors created a group chat for just the three of them and Park Bo Young said, “We made the group chat so we could become closer more quickly but it’s funny because Park Hyung Sik and Ji Soo have such different patterns of speech.”

Meanwhile, in another interview, the actress talked about her priorities when picking projects and also shared her thoughts on popularity.

Check out the first episode of “Strong Woman Do Bong Soon” on Viki!