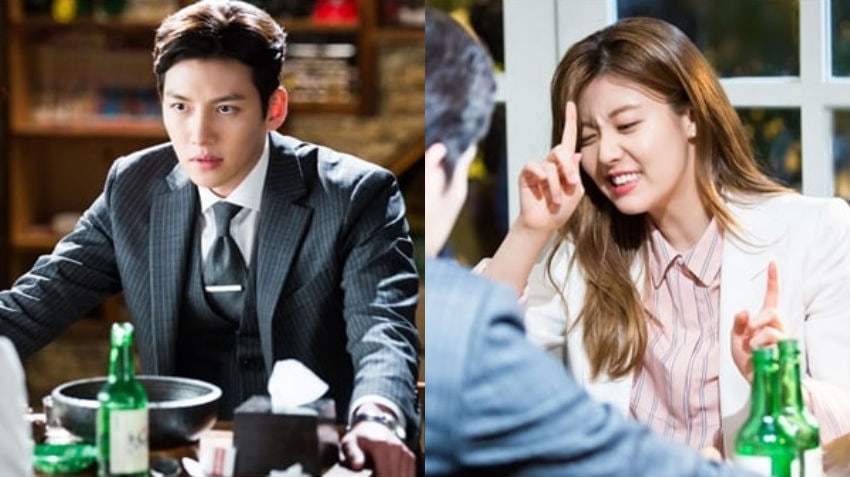 The stills, which were released on May 4, show Ji Chang Wook’s character No Ji Wook and Nam Ji Hyun’s character Eun Bong Hee meeting to get drinks. The two exude completely opposite vibes, as a drunk Eung Bong Hee is seen acting cutely while No Ji Wook seems cool-headed as he looks at her and sighs.

The drama is set to show the two characters meeting in increasingly interesting places such as in the subway, in a hotel, and even in a lab. Viewers will be able to see Nam Ji Hyun and Ji Chang Wook clash with their opposite images in the first episode of “Suspicious Partner,” which is set to air on May 10.