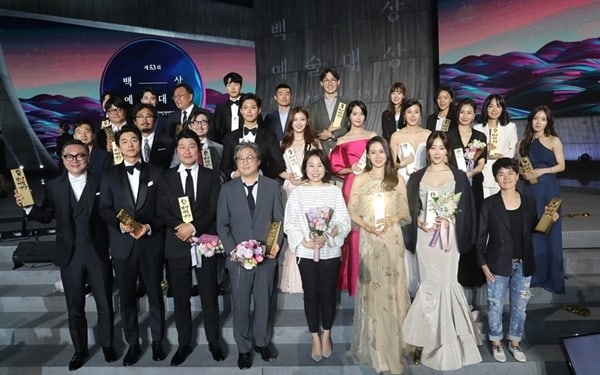 The 53rd Baeksang Arts Awards were held on May 3 to honor the actors, entertainers, directors, and screenwriters who made last year shine with excellent TV and film productions.

Now that the results are out, the Baeksang Arts Awards have released the final voting breakdown for each category. The table shows how many votes each nominee received, with each judge given one vote per award.

For the Grand Prize awards, each judge was tasked with nominating either a person or a production. In the movie categories, three judges nominated Park Chan Wook, who won the award for his film, “The Handmaiden.” In the television category, Kim Eun Sook received five recommendations while Gong Yoo received two, both for their work on tvN’s “Goblin,” which meant that Kim Eun Sook took home the award.

The judges were chosen by consulting a panel of professionals and experts in the relevant fields. For television, the opinions of Pyo Jae Soon, the former director of the Cultural Enrichment Committee, and Yang Sung Hee, who heads the cultural department of the Korea Joongang Daily. For movies, the panel included Lee Chun Yeon, the CEO of Cine 2000, Shim Young, the CEO of the drama PR firm ShallWeTalk, and Lee Eun Joo, the editor-in-chief of Magazine M.

For films, 28 film experts were surveyed to pick the best productions in the past year. To find the balance between production value and mass appeal, a variety of professionals were contacted, with jobs ranging from director, screenwriter, distributor, production company representative, movie reporters, and film critics.

The nominees and votes for each category were as follows. 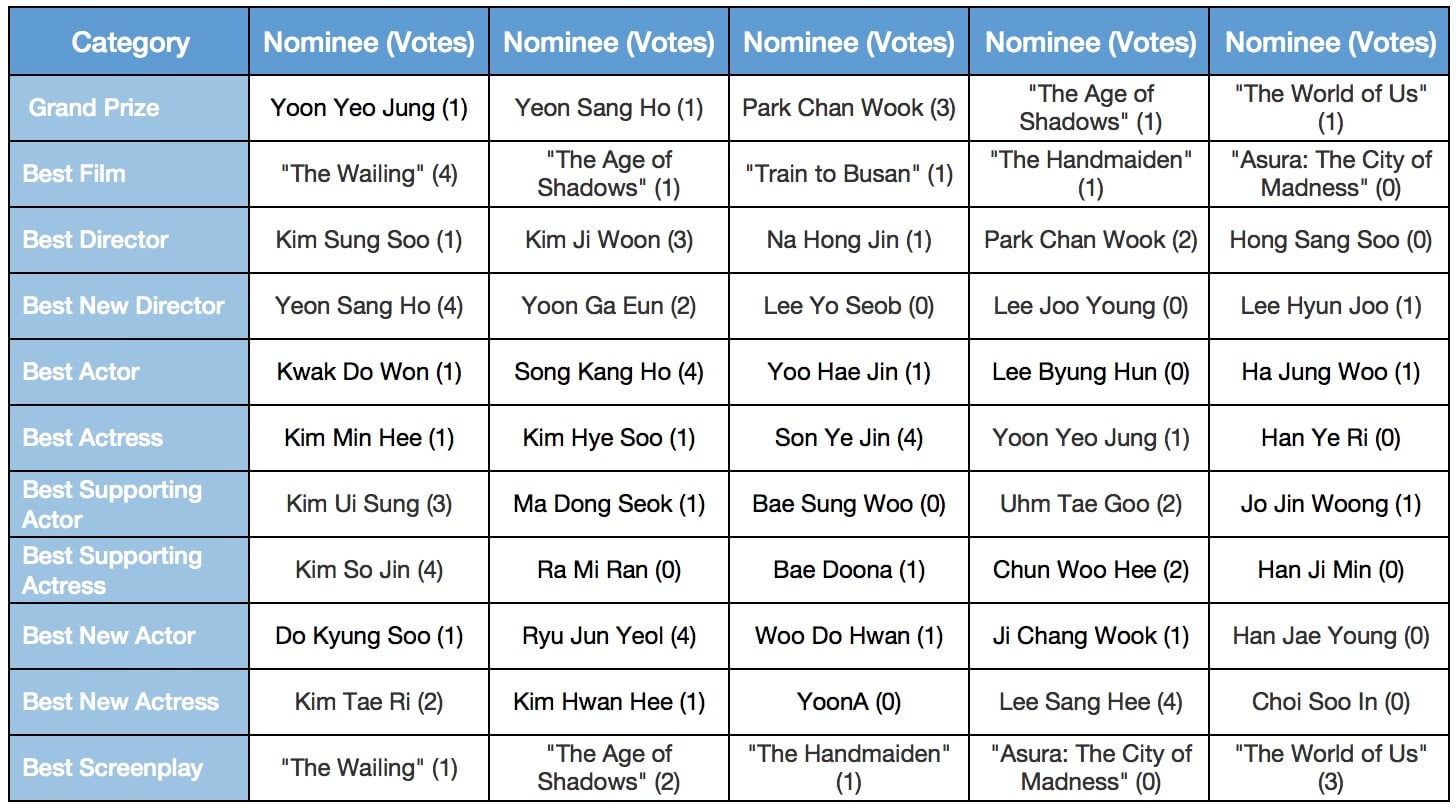 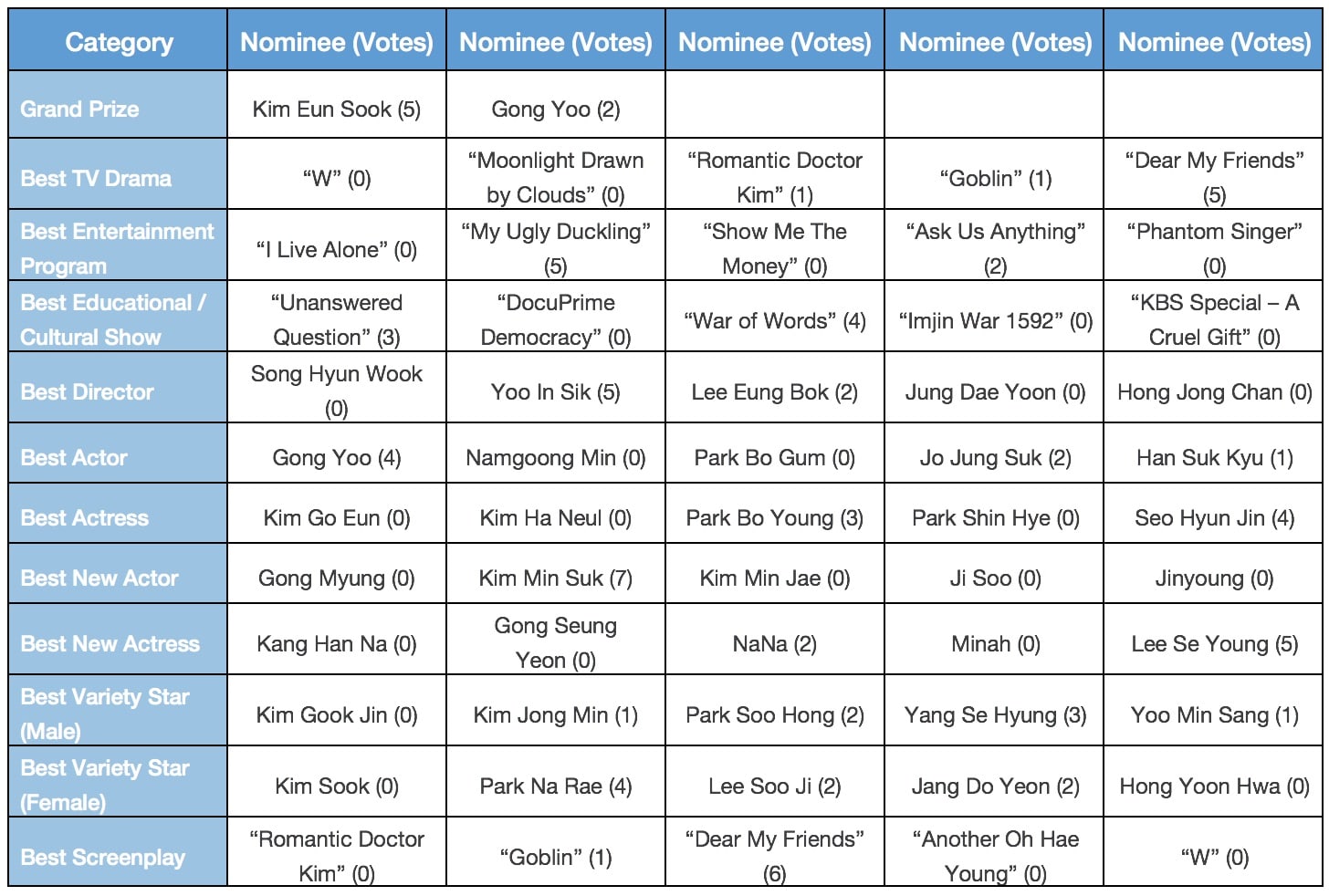