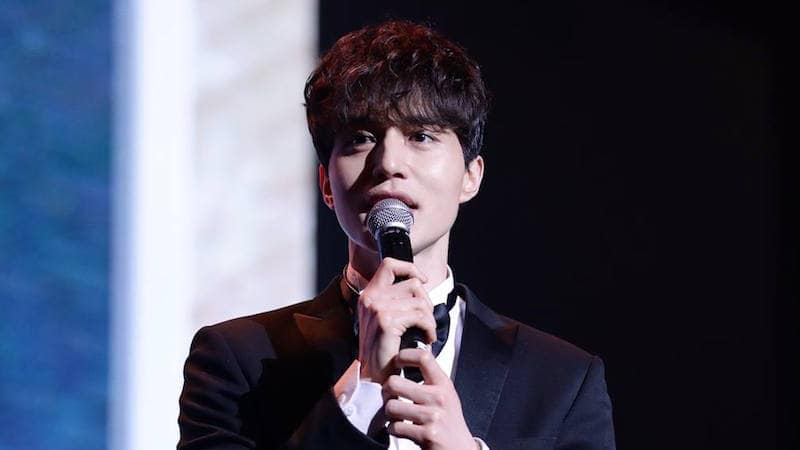 You’ll never guess this was what he was thinking about!

On May 3, Lee Dong Wook held his fan meeting “For My Dear” in Hong Kong and revealed stories about various scenes from his dramas.

At one point, his kiss scene with Yoo In Na from “Goblin” was shown on screen, and he shared his truthful feelings while filming that scene. “I think that day was January 1. It was the middle of the night, we had been filming for 24 hours straight, and it was also cold and raining. All I could think of was going home and getting at least one more minute of sleep,” he revealed.

Lee Dong Wook also talked about his affection for the “Goblin” team. “I really like them all. It was really fun working with Gong Yoo, Kim Go Eun, Yoo In Na, and Yook Sungjae. They are all really kind so it was nice working together.”

He commented on their lasting friendships, sharing, “We have a group chat, so we still keep in touch well. I talked to them on my way to Hong Kong, also. We usually talk about what we are up to and say we should meet up when we have time.” Lee Dong Wook also referred to Kim Eun Sook and Gong Yoo’s big wins at the 53rd Baeksang Arts Awards, revealing, “I also congratulated writer Kim Eun Sook and Gong Yoo on their awards in the group chat today.”

Lee Dong Wook has now successfully completed his fan meetings in Singapore, Taiwan, and Hong Kong, and he will soon meet his fans in Indonesia and Thailand, as well.