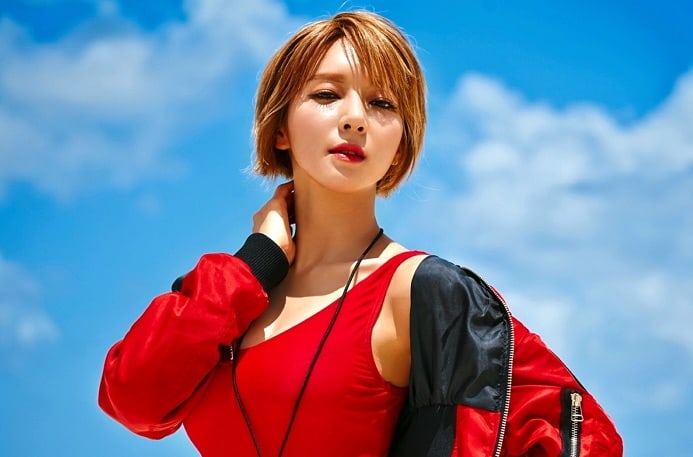 Fans have voiced their worries about AOA’s Choa after being unable to see her for approximately two months at official events.

Previously, AOA members performed at the 25th Yeoncheon Festival in Gyeonggi Province. Only five members performed as Seolhyun and Choa were not present. While Seolhyun’s absence was due to filming a commercial in Paris, no explanation for Choa’s absence was given. Fans were even more concerned when they noticed that Yuna’s voice had been recorded for Choa’s singing parts.

Adding on to this, AOA members’ recent social media posts have caused fans to worry further.

On May 4, Yuna posted a screenshot of IU’s song “Ending Scene” including the lyrics “I pray from the bottom of my heart. You deserve to be happier.”

Mina posted photos that include the words “Let’s endure. Let’s endure it all” and “Let’s disappear into a forest no one knows the name of. Even if there is no name. A place where I can be myself.” Following these posts her account has since been made private.

Choa last appeared on TV through JTBC’s “Sing For You” on the show’s final episode on April 1. While it aired on that date, the episode had been pre-recorded in March. Previously, she attended Moon Hee Jun’s wedding in February and performed at AOA’s concert on March 11.